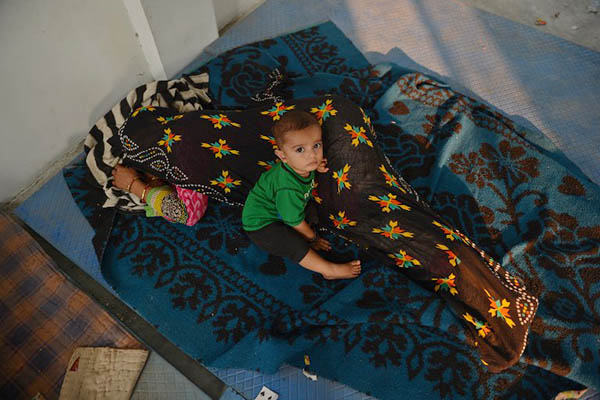 Karishma Mohandas Narwani, head of the Garbh Vigyan Sanskar project, said it advised prospective parents on how to undergo a “purification” process to ensure their babies were born free of all vices. “We have to ensure the seed is good, which means the quality of the sperm and the ovum has to be top-class,” Narwani, a practitioner of Ayurvedic medicine, told AFP on Tuesday. “If that is taken care of, then the baby will have the desired mental, physical and spiritual quality.”

She said couples could produce “superior offspring” by following the organization’s advice on everything from diet to thinking good thoughts. “Actually our aim is to produce superior offspring, full of values and culture. The secrets are all there in our ancient Hindu texts,” said Narwani.

The project, whose name translates as “scientific purification of the womb,” is based in Gujarat, the western home state of Hindu nationalist Prime Minister Narendra Modi. It is treating around 400 couples. Narwani denied newspaper reports that it was linked to the Rashtriya Swayamsewak Sangh (RSS), an influential rightwing Hindu organization seen as the ideological fountainhead of Modi’s Bharatiya Janata Party.

But she said she was working with the help of Arogya Bharti, a group often described as the health wing of the RSS.

Ashok Kumar Varshney, an RSS campaigner and secretary of Arogya Bharti, said the group’s methods made it possible for “parents with low IQ to have offspring with high IQ.” He added: “It is also possible for a dark-skinned couple to have fair babies.”

The scheme was criticized in Indian media, with one report saying it was “straight out of the Nazi playbook.” Eugenics—the controversial belief that one could improve the human race by selective breeding—was a popular idea in the first half of the 20th century and was notably used by the Nazis. But Varshney said the organization was merely engaged in “motivational activity.”

“A farmer will have a good yield only when he prepares the soil properly. Similarly, the purification of the sperm and egg is very important,” he told AFP by phone. “The purification can be done through the right diet, massage and detox methods.”