His Delay in Court 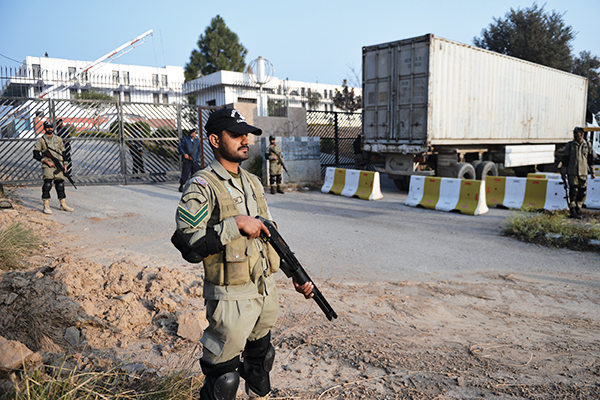 Pervez Musharraf’s treason trial has been postponed to Jan. 1. This after police discovered explosives along the Islamabad road the former Pakistani president and Army chief was to take to a special court on Dec. 24. This is the second time explosives have been found in Musharraf’s path since he ended self-exile and returned to Pakistan in March. He is being tried, under Supreme Court orders, for sacking some 60 judges—including the now-former chief justice Iftikhar Chaudhry—on Nov. 3, 2007. He is not being tried for ousting Nawaz Sharif’s elected government on Oct. 12, 1999, a move Chaudhry had himself validated. Some political rivals scoffed at the postponement of the proceedings and attempted to goad the new Army chief, Gen. Raheel Sharif, into acting against Musharraf by ridiculing the bomb discovery as a ploy by the Army to save one of their own from humiliation. But the threat to Musharraf is real. He has been and is being targeted by Al Qaeda and the Taliban. Such inhumane cynicism is not reserved for Musharraf alone. When Benazir Bhutto’s homecoming procession was attacked in October 2007, some pundits ridiculously claimed that she had herself masterminded the twin attacks for sympathy.