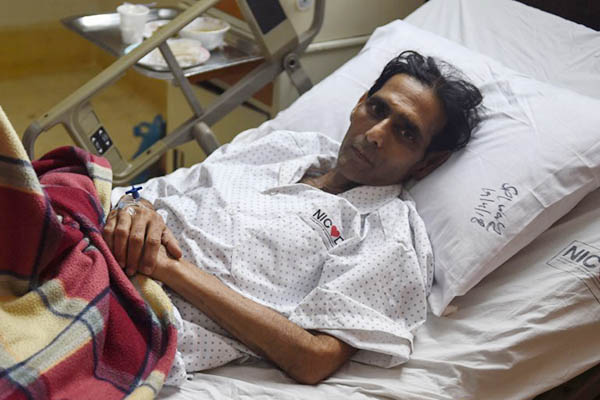 The goalkeeper had last month publicly appealed to New Delhi for a medical visa to allow him a heart transplant, but ultimately did not apply as he was too sick to travel, they said.

“Indian hospital Fortis had offered Mansoor free transplant but doctors in Karachi warned he would not be able to travel due to his deteriorating condition,” Haider Hussain, a family friend told AFP.

Ahmed had been suffering for weeks from complications stemming from a pacemaker and stents implanted in his heart. He was famous for playing a key role in Pakistan’s World Cup win in Sydney, Australia in 1994, with his penalty stroke push against the Netherlands—the country’s third and last world title.

He played 238 internationals for Pakistan in a career that started in 1988 and finished in 1997. During his career he won gold medals in the Asian Games, World Cup and Champions trophy.

Last month, he made headlines reaching out to his former sporting rivals India for help seeking his heart transplant. “I may have broken a lot of Indian hearts on the field of play by beating India in the Indira Gandhi Cup [1989] and in other events but that was sport,” Ahmed had told AFP. “Now I need a heart transplant in India and for that I need support from the Indian government.”