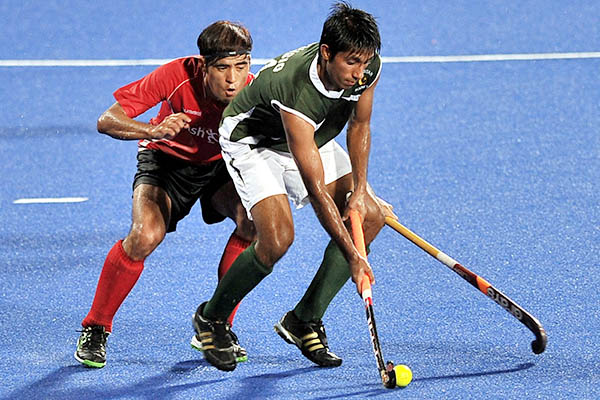 Pakistan’s national team fails to qualify for World Cup for the first time in country’s history.

Former Olympians and fans Saturday mourned the “darkest day” in Pakistan’s sporting history after the former field hockey titans failed to qualify for the World Cup for the first time ever.

Pakistan went down 2-1 to South Korea in the Asia Cup semi-final in Malaysia on Friday, a tournament they needed to win to qualify for the 2014 World Cup in the Netherlands.

“This is the darkest day in our sports in general and hockey in particular,” Islahuddin said. “This will be the first time that we will miss the World Cup, a tournament which Pakistan introduced in 1971.”

Islahuddin said Prime Minister Nawaz Sharif should address the crisis in hockey, which is the country’s national sport although overshadowed by cricket.

“This federation is working since 2008 and we came eighth in the Beijing Olympics, 12th, last in the 2010 World Cup, seventh in the London Olympics 2012 and now out of the 2014 World Cup,” said Islahuddin, under whom Pakistan won their last Asia Cup title, way back in 1989. “The prime minister is addressing all the problems faced by Pakistan and this is the right time to change people at the helm because we cannot go worse than this,” he said.

Three-time Olympic gold medalists, Pakistan have suffered a serious slump in field hockey. Their only triumph since 1994 was the Asian Games title in 2010.

“Why I am alive to see this day?” said Shaikh, vice-captain of Pakistan’s triumphant 1978 World Cup team. “It’s sad, sad and sad, we have seen this day when the masters of hockey have come to this stage.” Shaikh said the government must replace the current hockey federation leadership.

“It’s time we have a change at the top, until and unless we do that it would be impossible to change our hockey fortune,” said Shaikh, also a qualified coach.

“Now when we don’t play with the top 12 teams of the world in the World Cup, where will our team stand? They will be 25 years back at the international level,” said Khan, under whose coaching Pakistan finished seventh in the first World Cup qualifiers in July this year.

“We have ruled the hockey world but the current set-up of the federation has brought us at the lowest point, it’s a national tragedy,” said Chaudhry.

Fans on the streets chanted slogans against the Pakistan Hockey Federation and the team. “Shame,” shouted Ali Iqbal Gujjar while recording his views on television in Faisalabad. “Our national sport has died, we must sack all those who are responsible for this.”