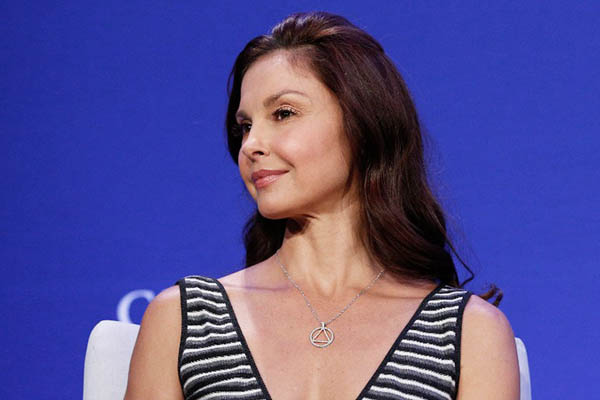 Major celebrities are speaking out against being treated like second-class citizens.

Hollywood actresses bemoan pay disparity with their male counterparts, as well as the despised “casting couch”—where film executives sometimes make sexual advances before deciding who gets a coveted movie role. But some of Hollywood’s top female stars are saying “no more,” and are hailing this as a banner year for women in film.

Ashley Judd was the latest to join the chorus, telling Variety magazine “one of the industry’s most famous, admired” bosses—whom she declined to name—had lured her to his hotel suite in the late 1990s. She said that after it became clear that she would not return his sexual advances, he asked if she would watch him shower.

“I did not recognize at the time what was happening to me,” the 47-year-old actress said in the latest issue of Variety. “It took years before I could retrospectively evaluate that incident, and realize there was something incredibly wrong and illegal about it.”

“A lot of people are speaking out and the subject of sexism in Hollywood is trending,” said Jennifer Merin, head of the Alliance of Women Film Journalists. “But that can be something dangerous as well because it can become a trend and then disappear.”

The issue of pay disparity grabbed headlines last year after a leak of stolen emails from Sony Pictures Entertainment showed that Oscar-winning actress Jennifer Lawrence was paid less that her male co-stars in the hit movie American Hustle. Patricia Arquette also railed against the industry’s gender-based wage gap during her acceptance speech after winning an Oscar at this year’s Academy Awards.

Some of Hollywood’s highest profile stars, such as Meryl Streep, Emma Watson and Gwyneth Paltrow, also have chimed in, helping put the issue in the spotlight.

“Look, nobody is worth the money that Robert Downey Jr. is worth,” Paltrow told Variety, speaking about her co-star in the movie Iron Man. “But if I told you the disparity, you would probably be surprised.”

According to Forbes magazine’s 2015 list of best-paid actors, Downey topped the list for the third year in a row earning a whopping $80 million. That’s nearly $30 million more than Lawrence, the best-paid actress, who raked in $52 million.

Kirsten Schaffer, executive director of Women in Film, an advocacy group, said that while the outcry over gender disparities in the film industry was gaining steam much still needed to be done before Hollywood’s glass ceiling is shattered. “There are a lot more women in the last six months speaking out publicly against sexism,” Schaffer told AFP. “But there is a lot of room for growth.”

According to a report by the Center for the Study of Women in Television and Film at San Diego State University in California, only seven percent of the top 250 movies in 2014 were directed by women. The numbers aren’t much better when it comes to other jobs behind the camera, including writers, executive producers and editors.

“Those number haven’t changed in 20 years,” said Martha Lauzen, executive director of the center. “Women’s under-representation both on screen and behind screen has been an issue since the 1940s,” she added. “But what is new is that those high-profile individuals are feeling comfortable about speaking out … aided by a cultural zeitgeist in favor of greater diversity overall.”

Lauzen said that given the industry’s track record on sexism, what may prove a tipping point is the fact that rights groups such as the American Civil Liberties Union (ACLU) are now demanding answers from Hollywood. “This is an industry that has had no oversight for the hiring of women either on screen or behind the scenes, so they have acted badly,” she said. “I think a little pressure from the outside could be helpful.”