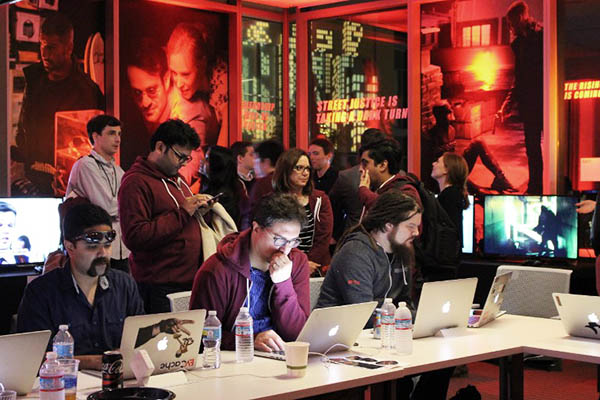 The rise of on-demand viewing is challenging the prevailing business model in the movie and TV industry.

Hollywood’s traditional media players are facing an unprecedented challenge to their business model as “cord-cutters” opt to cancel their expensive cable subscriptions in favor of on-demand streaming services.

While pay TV providers continue to charge well in excess of $50 a month for the top packages, Netflix, Hulu and Amazon are serving up an ever-growing menu of acclaimed original content for the price of a cheap bottle of wine.

Cable may still be king when it comes to the breadth of choice, but streaming on-demand video hits like House of Cards and Orange is the New Black, with 49 Emmy nominations between them, are competing on quality.

Earlier this month California-based payment service provider Vindicia published the results of a survey of 1,000 American adults who had at least one paid subscription service. Some 45 percent of respondents cited “over-the-top” video services such as HBO Now, Netflix and Hulu as most important to them.

Crucially, more than half of the key “millennial” generation—those in their 20s and 30s ardently courted by the advertisers—said they used streaming on-demand video.

Research by global media consultancy LEK published in January showed a similar pattern in Britain, where the majority of millennials expecting to get over-the-top video in the next year were planning to cancel or reduce their pay TV spending.

“In this increasingly on-demand world, the quality of content will be more important than ever before,” said Martin Pilkington, head of LEK’s European Media, Entertainment and Technology division. “The race is already on, a good illustration of the new dynamic being the very high level of investment in original content by Netflix and Amazon.”

While Netflix remains the largest streaming on-demand video service, Amazon is staking its own claim, with Transparent and Mozart in the Jungle picking up multiple Emmys and Golden Globes.

Hulu has been slower to roll out original content, but recently premiered 11.22.63, a time-travel series produced by J.J. Abrams, with religious cult drama The Path due out on March 30 and already creating buzz. “I could tell on the page there was no way we could do this on one of the networks,” said Jessica Goldberg, creator of The Path, which stars Aaron Paul of Breaking Bad fame.

“Hulu came to the table in such a passionate way. They saw what we wanted to make, they let us push the envelope, they let us take time and breathe with stories. So it has been an amazing marriage.”

Goldberg, who co-produced the Emmy-nominated Parenthood drama series, said she had noticed a big shift to streaming on-demand video among friends, and not just with original content like The Path. “It seems like that’s what people are doing now—even watching shows [from] other cable stations but waiting until they are on Netflix or Hulu because they’d rather watch them like that,” she said.

The revolution isn’t confined to television, with the shift toward an on-demand world redefining the way we access services in many other aspects of our lives.

In the 2015 edition of its influential Internet Trends report, venture capitalist firm Kleiner, Perkins, Caufield and Byers noted the increasing popularity among millennials of apps like Uber, Airbnb and Instacart.

Streaming has emerged as a threat to cinemas, too, in the guise of the controversial start-up “Screening Room,” which is planning to offer movies in people’s homes on the date of their theatrical release. At $50 per rental plus $150 for a set-top box, it remains to be seen whether the idea, led by social media impresario Sean Parker, will be of interest to anyone who isn’t a film buff, or rich.

But it already lists among its shareholders such Tinseltown royalty as Martin Scorsese, Steven Spielberg and Peter Jackson, who said in a statement to Variety magazine he was satisfied the service was “very carefully designed to capture an audience that does not currently go to the cinema.”

According to the proposal, theater owners and studios would collect as much as $20 each of the $50 fee for a new movie.

Every innovation in home entertainment—from the introduction of video and then DVDs to high speed 4G broadband—has been accompanied by shrill predictions of the death of cinema. Yet U.S. audiences have been roughly stable over 50 years, while North American box office takings have remained between $10 billion and $11 billion since 2009.

The cinemas have closed ranks, however. The National Association of Theater Owners said innovations should come from within the industry and the smaller Art House Convergence group of specialty theaters warned of a possible “wildfire spread of pirated content.”