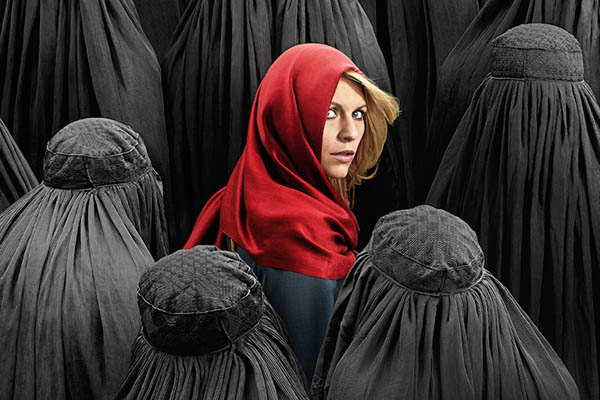 Press attaché in Washington says there are many factual errors in production of spy drama.

The latest season of U.S. TV spy drama Homeland is ruffling feathers among Pakistani officials who are unhappy at the unflattering portrayal of the country’s spy agencies.

Pakistani cable networks have refused to screen Homeland from its first season onwards, saying it is against the country’s “national interest.” But it is unusual for an official to comment on a fictional TV show in such forthright terms.

“Repeated insinuations that an intelligence agency of Pakistan is complicit in protecting the terrorists at the expense of innocent Pakistani civilians is not only absurd but also an insult to the ultimate sacrifices of the thousands of Pakistani security personnel in the war against terrorism,” said Nadeem Hotiana, press attaché at Pakistan’s embassy in Washington.

Criticism of the ISI is taboo in Pakistan, where the military and intelligence establishment wields huge power. In 2013 Pakistani movie distributors boycotted Zero Dark Thirty, the Oscar-winning movie about the CIA’s 10-year hunt for Osama bin Laden, to avoid offending local sensibilities.

Pakistan was humiliated by the 2011 U.S. special forces raid that found and killed bin Laden in his hideout in Abbottabad.

Around the same time in early 2013, local cable distributors blocked transmission of the first season of Homeland.

Hotiana echoed the criticism made by many Pakistanis about inaccuracies in the fourth season of the show, such as characters speaking the wrong language or wearing the wrong clothes. “In addition to the fact that the show projects and reinforces stereotypes about the U.S. and Pakistan … it is also important to point out factual errors in the production of this show,” Hotiana said. “A little research would have gone a long way in correctly portraying the culture, language, people and landscape of the city/country.”

Replying to a question Hotiana said Pakistan officially complained to Homeland’s broadcaster and other officials but did not get a response.

This isn’t the first time Homeland’s depiction of foreign cities has angered officials. In 2012, Lebanese Tourism Minister Fadi Abboud said his government was unhappy with the show’s portrayal of Beirut. The show was not filmed in Beirut, said Abboud, adding that it did not reflect the “real image” of the city.