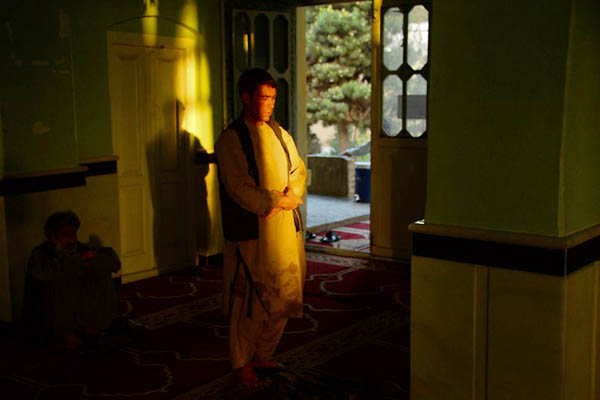 Afghans exhausted by a nearly 17-year war that is older than many of the country’s citizens breathed a sigh of relief on Saturday after the Taliban announced its first ceasefire since the 2001 U.S. invasion—but some remain wary.

The decision to suspend fighting for the first three days of Eid, the holiday that marks the end of the fasting month of Ramzan and a time when Muslims visit family and friends, took many in the war-weary country by surprise. Afghans flooded Facebook with messages of hope that the unprecedented ceasefire, which came two days after the government’s own unexpected announcement of a weeklong halt to operations against the Taliban, could lead to a longer-lasting peace deal.

“It is a good move by the government and Taliban. Anyone who has lost someone to this war will welcome it,” wrote Mohammad Najeeb. Shah Jahan posted: “I hope this is a step towards peace. I also hope other terrorist groups such as Daesh don’t disrupt it.”

Daesh is the Arabic acronym for the Islamic State group, which has a relatively small but potent presence in Afghanistan.

“I still cannot believe they [the Taliban] accepted the ceasefire offer. This is the very first ceasefire I have witnessed since I was born,” wrote Karwan. “For as long as I can remember it has been war, war, war.”

Baktash Mobarez said the Taliban’s announcement had “brought so much hope and happiness” to a country worn down by four decades of conflict. “Imagine if one day all of the 20 terrorist groups active here stop fighting,” he said.

But others expressed doubts over the Taliban’s sincerity, pointing to the dozens of Afghan security forces killed in a spate of attacks claimed by the group in the hours leading up to the announcement.

Militants launched two separate assaults in the western province of Herat and the northern province of Kunduz overnight, killing at least 36 soldiers and police, officials said. The group also claimed responsibility for an attack on an Afghan military base in the southern province of Kandahar. At least 23 soldiers were killed and another nine wounded in the raid, Shah Wali Kot district police chief Padshah Khan told AFP. The casualty toll could not be immediately confirmed.

“It makes no difference, they have already started killing loads of people before the ceasefire,” wrote Hashim Akbari. “They have killed dozens of people in Herat and Kunduz in one day. They will kill more to make up for their ceasefire days.”

A woman in Kabul told AFP that three days was not enough and instead “we should reach for a sustainable peace throughout the country.”

Civilians have paid a disproportionate price in casualties as a result of the protracted conflict. More than 10,000 civilians were killed or wounded in 2017, down nine percent from the previous year, U.N. figures show. But casualties from suicide bombings and attacks were up 17 percent last year as the Taliban and I.S. ramp up assaults in urban areas, particularly Kabul.

After many fits and starts with past peace initiatives, some Afghans pleaded for a higher power to resolve the conflict. “May God turn this ceasefire into a permanent ceasefire between the Taliban and Afghanistan,” Faridullah Talash wrote on Facebook. “We are tired of war and bloodshed.”