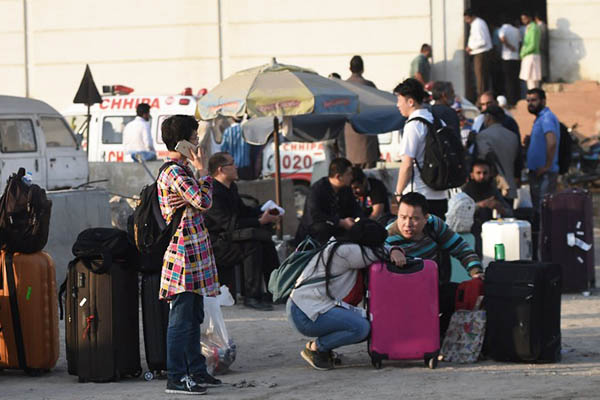 At least 11 dead, 75 injured in blaze at Regent Plaza Hotel.

A pre-dawn inferno at a four-star hotel in Karachi killed at least 11 people on Monday and wounded 75, police said, with desperate guests jumping from windows and scrambling down knotted bed-sheets to escape.

The blaze at the Regent Plaza Hotel broke out when many guests were still asleep, with a lack of fire alarms and emergency exits leaving many trapped in their rooms. At least two Pakistani international cricketers were among the guests, one-dayers Sohaib Maqsood and Hammad Azam, though they are not considered seriously injured.

“The hotel had no fire safety system and no fire exit to evacuate people, they had no fire alarm,” Karachi mayor Waseem Akhtar told reporters at the site.

“Trapped people showed courage and made ropes of bed sheets and came out one by one, many people have been injured,” said hotel guest Saeedur Rehman, himself wounded in the fire. Guests were left helpless, he said, for hours. Police have said it took up to three hours to bring the fire under control.

“We have received 11 dead bodies and 75 injured, four women were among the dead,” said Semi Jamali, a doctor at Karachi’s Jinnah hospital. Many of the victims had suffered from smoke inhalation or suffocated, Jamali said, but others had cuts or fractures suffered as they leapt from the eight-storey hotel’s upper floors to safety.

Some trapped by the spreading blaze had knotted bed-sheets together in a desperate attempt to climb out from their rooms, with the makeshift ropes seen dangling from windows at the site.

Police Senior Superintendent Saqib Memon confirmed the death toll and said the cause of the fire was not clear, with an investigation launched.