How Big is Europe’s Refugee Crisis? 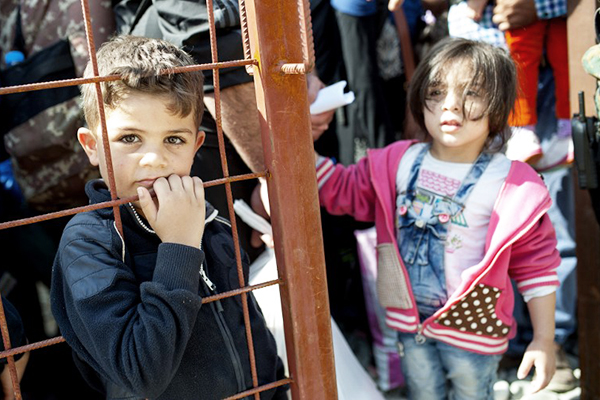 Media and politicians alike have said Europe is facing its worst migrant crisis since World War II, but some historians challenge that notion. Quantifying the current crisis is complicated because it is ongoing.

The U.N. refugee agency (UNHCR) has said it expects no let-up in the waves of people crossing the Mediterranean to seek safety in Europe as Syria’s civil war, the main factor driving refugees towards Europe, rages on with little hope for peace in the short-term. Here are some questions that aim to put Europe’s current crisis into context.

Is this the European Union’s worst migrant crisis?

Historians have challenged the “worst crisis” label specifically when dated back to WWII because academics typically draw a line between the war itself and the huge displacement on the continent through the latter half of the 1940s.

Debate on statistics persists, but there is research indicating that more than 11 million Germans were expelled from other European countries after the war, said Pamela Ballinger, a refugee expert at the University of Michigan. Separately, about two million Russian nationals living elsewhere were ordered to return to the Soviet Union.

Hundreds of thousands of Jews, many of whom stayed in the Soviet Union through the war, were also forced to move.

These figures dwarf those related to the current crisis: the number of migrants, mainly from the Middle East and Africa, who have landed on Europe’s shores over the last three years is still estimated at below one million.

When talking European history since 1991—when the treaty forming the European Union was signed at Maastricht—the “worst crisis” label seems to apply, with one possible exception: the war in Bosnia.

How is the current crisis different from that caused by the Bosnian war?

UNHCR previously said that the 1992-1995 war in Bosnia sparked “the greatest refugee crisis in Europe since the World War II.”

At least 2.5 million people were forced from their homes in Bosnia, including 1.3 million who were internally displaced, 500,000 refugees in neighboring countries and another 700,000 refugees who moved to Western Europe, according to UNHCR.

Key differences between the Bosnian crisis and the current one include the fact that in Bosnia, most people were displaced relatively near their home and had not come from other continents. Also, the U.N. and other humanitarian groups caring for Bosnia’s displaced were operating in a conflict zone, unlike today, where getting aid to migrant arrivals in Greece, for example, does not require negotiation with armed combatants.

Isn’t the current crisis small compared to other mass movements since WWII?

The conflict in the former British Palestine, which continued after the creation of Israel in 1948, displaced more than 720,000 Palestinians, according to the U.N. This year, the U.N. agency responsible for those displaced from Palestinian lands had registered more than five million refugees, including the descendants of those who lived in British Palestine between 1946 and 1948.

Aside from the more than 800,000 people who were slaughtered, the 1994 genocide in Rwanda also displaced about half of the country’s seven million people. At least 1.5 million fled their homes within the country, and another two million ran into neighboring states as rebel forces advanced toward the capital Kigali before toppling the extremist government, which presided over the genocide.

Most of those fleeing Syria’s ongoing civil war have not made their way to Europe—more than four million Syrians have taken refuge in neighboring countries, while 7.6 million are displaced inside the war-ravaged country.