Home Scope How Can a Country Develop in this Situation?

How Can a Country Develop in this Situation? 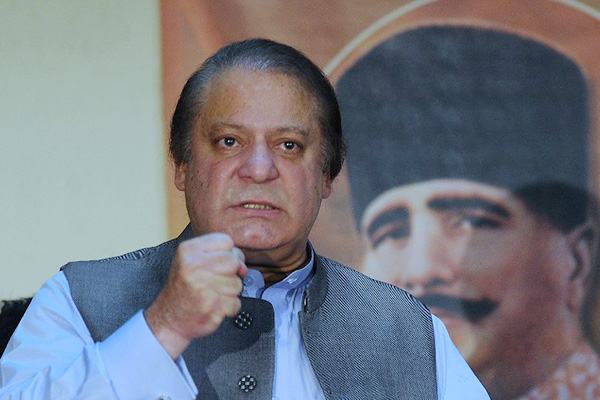 Nawaz Sharif pledges to end power crisis but refuses to set a timeframe.

Incoming Prime Minister Nawaz Sharif said on Tuesday that it was a “tragedy” that a country with a nuclear arsenal was crippled by chronic electricity shortages.

Years of mismanagement, underinvestment, and corruption in the power sector, he said, have led to blackouts of up to 20 hours a day in the blistering heat of summer, with temperatures reaching up to 50 Celsius.

Sharif vowed to build new power plants to tackle the problem, which acts as a huge drag on the economy—shaving up to four percent off GDP, according to the Planning Commission.

But he warned there would be no quick fix.

In a speech marking the 15th anniversary of Pakistan’s first successful nuclear weapons test, Sharif—who was prime minister at the time—said it was shameful that the country struggled so badly just to keep the lights on. “It’s a tragedy that a country with atomic weapons is deprived of electricity and has no electricity for even 20 hours a day. How can a country develop in such a situation?” he said.

The power cuts, known euphemistically as “load-shedding,” were arguably the single biggest voter complaint in the run-up to the May 11 general elections, which Sharif’s party won—a far more prominent daily concern than Taliban violence.

Violent protests over power cuts erupt every summer. On Monday, thousands of demonstrators took to the streets in Pakistan-administered Kashmir, pelting police with stones.

Sharif said his government would build more dams to exploit Pakistan’s huge hydroelectric potential, as well as more coal-fired power stations, and would seek help from allies China and Turkey. He said foreign firms setting up power projects would be allowed to repatriate profits, but warned against expectations of a swift end to the crisis.

“Please do not expect that we will solve this energy problems in days,” he told an audience in Lahore. “We will try our best and will use all our resources to solve this problem but you will have to show patience. I cannot give you an exact timeframe but I will struggle and will do my best.”