Home Business How China is Changing the Global Economic Order

How China is Changing the Global Economic Order 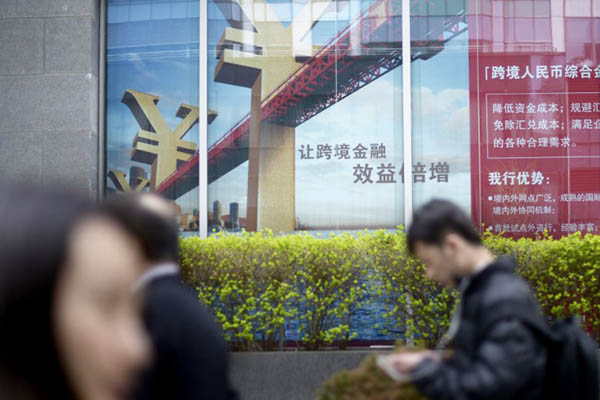 With its huge new infrastructure bank and its ambitions for a globalized renminbi currency, China is leading the upending of a 70-year-old global order built on American economic power.

Beijing’s rise was confirmed this week at the Spring meetings of the World Bank and International Monetary Fund in Washington, the two institutions by which the economic vision of the United States has been propagated across the world since their founding in 1944. The U.S.-selected president of the World Bank, Jim Yong Kim, applauded China’s “bold step in the direction of multilateralism” for its new Asia Infrastructure Investment Bank (AIIB), even as many view it as a rival to the Bank.

Kim stressed though that he expects the World Bank and the AIIB will work “very closely” together. That appeared to pull the World Bank away from its major shareholder: together with ally Japan, Washington has refused to join the AIIB even as nearly five dozen other countries have applied to Beijing to be part.

Beijing moved on the AIIB, which aims to support infrastructure development across the Asia region, as another China-backed project announced in 2014, the BRICS bank, has stalled. But that institution, planned with fellow emerging economic powers Brazil, Russia, India, and South Africa, was designed as well as a challenge to the World Bank and IMF, where the old powers the U.S., Europe and Japan dominate.

Critics fear the new development banks will challenge the World Bank in lending to poorer countries by offering them easier terms and fewer restrictions governing the social and environmental impacts of large projects, undermining standards established to protect vulnerable populations.

The Chinese approach is more pragmatic though, with each institution filling a need, said Christophe Destais of CEPII, the French international economics think tank. Countries are searching for new opportunities in public works and energy, and also for their banks, he said, the latter possibly explaining why U.S. ally Britain rushed to join the AIIB, he said.

For its part, China is seeking “an outlet for its industrial overcapacity” while at the same time aiming “to weaken U.S. influence,” said Destais.

But China is not abandoning the U.S. and Europe-dominated Bretton Woods system of multilateral development banks set up in 1944, however imperfect it is, he said. “China finds it useful. It has the means to influence it, though still not to shape it,” especially since the U.S. dollar remains the world’s core currency.

Even as new institutions like the AIIB emerge, U.S. Treasury Secretary Jacob Lew said in a statement Saturday: “I would like to underscore that the IMF remains the foremost international institution for promoting global economic stability.”

Nobel Prize-winning economist Joseph Stiglitz said the U.S. hostility to the AIIB is a new sign of its insecurity over its global influence.

But Washington is also at fault in the erosion of its Bretton Woods-based power.

The U.S. Congress has refused to ratify crucial reforms at the IMF laid out in 2010 that would double its funding and recognize with higher shareholder quotas the rise of economies such as China and India.

As the IMF’s largest shareholder by far, Washington has now blocked the reforms for four years, to great criticism from allies and rivals in the world economy. “This remains an impediment to IMF credibility, legitimacy and effectiveness,” lashed the G-24 group of emerging economies at the IMF-World Bank meetings this week.

The AIIB is not the only front of China’s challenge to the old U.S.-centered global economic structure. After decades of closely controlling its currency, the renminbi or yuan, China is now moving to internationalize it, and asking that it be included in the IMF’s benchmark basket of major currencies, known as SDRs, or special drawing rights. That move, which could happen as early as 2016, would officially elevate the yuan to world status and boost China’s prestige inside the IMF.