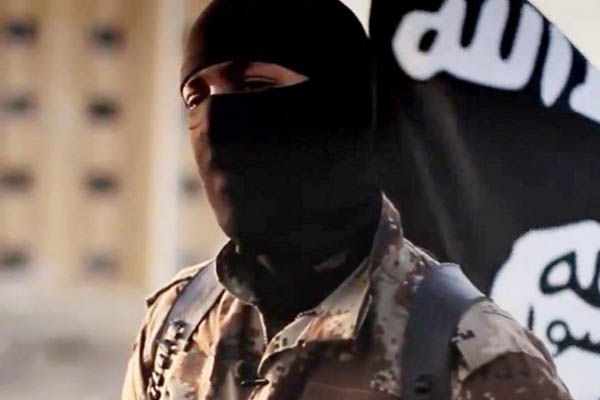 Well-known scholar on Islam, Karen Armstrong wrote her monumental study—The Lost Art of Scripture (2019)—to lay bare extremism in major religions attributed to divine injunctions. In her examination of messages exchanged among the terrorists of 9/11, she arrived upon some interesting insights into the mindsets that link violence to religious doctrine, and how they have been, at least partially, motivated by Western policies.

The Salafi motivation of the terrorists who committed the tragic Sept. 11, 2001, attacks is evident in an extraordinary document found in the luggage of Mohamed Atta, the leader of the hijackers. It issued “Final Instructions” to the terrorists, telling them how to conduct themselves on their “last night” on earth, including when driving to the airport; boarding the planes; and while fighting passengers and crew. As early as the second paragraph, we encounter the embattled salaf (ancestors): “Remember the battle of the Prophet [Peace Be Upon Him] against the infidels, as he went on building the Islamic state.”

The hijackers were instructed to spend their last night reading two surahs of the Quran; Surah 8 (Battle Gains) describes the extreme vulnerability of Badr, when they were few and victimized in the land, and had to face the powerful Meccan army with limited resources, with an aim at drawing comparisons between the 9/11 hijackers and their tackling of America’s military and economic power. Surah 9 (Repentance), meanwhile, contains the famous Sword Verse, with the document dwelling on the cowardice of the “laggers” (who stay away) and comforting the terrorists on their last night: “Do you prefer this present world to the life to come? How small the enjoyment of this world is, compared with the life to come.”

In this document, the Quran functions as a magical talisman rather than the book of wisdom. The hijackers must whisper Quranic verses into their hands and rub its holiness into their luggage, box cutters, knives, ID and passports. When they go through the security gates at the airport, they should recite a verse that had once saved the salaf from great danger: “God is enough for us; he is the best protector.” Even the Arabic letters of this verse had magical efficacy—“without dots”—and this is just attribute of its greatness, for “words that have dots in them carry less weight than those that do not.”

During the operation, the hijackers were encouraged to take the salaf as their models: their clothes must fit snugly, like the garments of Islam’s Prophet and his Companions. They were told to clench their teeth when fighting the passengers, just as the salaf did prior to entering into battle, singing songs to boost morale “just as each of the salaf did in the throes of battle to bring calm, tranquility and joy to the hearts of his brothers.”

Six months before the attack, two of the hijackers recorded farewell videos, which were circulated widely in the Muslim world after the 9/11 atrocity. Both were members of Ziad Jarrah’s team on United Airlines Flight 93, which crashed in Pennsylvania. Their messages are illustrated with footage depicting the destruction of the Twin Towers; mujahideen training in Afghanistan; piles of Muslim corpses in Chechnya; U.S. troops attacking mosques in Kandahar; Palestinian homes being bulldozed; Palestinian children being shot by Israeli soldiers; Palestinians being arrested and dragged from their homes, and lying, horribly wounded, in hospital; and U.S. troops exercising in Saudi Arabia.

The point is clear in the above text: the ummah is even more dangerously beleaguered today than it was in the time of Islam’s Prophet. Yet again, Muslims are suffering at the hands of powerful enemies and, while most Muslims have “stayed at home” like the “laggers,” bin Laden and his disciples, like the salaf, have heroically “opened a door” and ushered in a new era.

Ahmed al-Hasnawi, a young Saudi citizen, speaks confidently and calmly. His discourse is entirely Salafi and (Syed) Qutbian and strongly evokes the practice of “volunteering.” In the past, he says, jihad was a required duty for every able-bodied Muslim if the enemy invaded the Dar al-Islam. But now, when Muslims are being attacked by Russians in Chechnya, Hindus in India, Jews in Palestine, and when Americans have even invaded Arabia, the Islamic heartland, no scholar calls for a defensive jihad, so he—Hasnawi—calls on “sincere ulema” to take up the “forgotten duty” of jihad.

One of the terrorists who died, Abdulaziz Al Omari was a learned Quran scholar, so his Last Will is larded with Quranic quotations—but not with any of the jihad verses. Instead, he quotes two passages that describe the embattled vulnerability of the salaf. Throughout, he dwells on his fellow Muslims. Muslims might say that their hearts are broken by the plight of their brothers and sisters in Palestine, Chechnya, Sudan and Lebanon but they do nothing to help them. Omari keeps returning to a verse from Surah 4: “Why should you not fight in God’s cause, and for those oppressed men, women and children? Who cry out rescue us from this town whose people are oppressors and give us a protector and helper! How could any Muslim turn a deaf ear to these cries for help?”

There is a tragic irony here. We have seen that altruism and compassion for others is one of the chief messages of scripture; from start to finish Omari reminds us that religion requires kenosis, an ‘emptying’’ of self-interest. There can be no self-sacrifice like that of the martyr who gives his life to end the suffering of others—but 9/11 resulted in the death of nearly 3,000 innocent people. The Scripture insists that we cannot confine benevolence to our own people; we must reach out to the whole world, to the stranger—and even the enemy.

In the build-up to the 2003 Iraq War, British Prime Minister Tony Blair frequently insisted that the problem was not Western policy in the Middle East but rather a chronic tendency toward violence within the holy Quran. But the last messages of Hasnawi and Omari, despite their tragically and criminally shuttered vision, suggest that Western policies have in fact inspired considerable dismay in the Muslim world.

Karen Armstrong concludes: “We should all, perhaps, as a matter of urgency, reflect on the Prophet [PBUH]’s speech to the ummah, which ended with a quotation from the Quran in which Allah addresses the whole of humanity: ‘O humankind, we have created you all from a single male and a single woman, and formed you into tribes and nations so that you may get to know one another.’”