Home Lightbox How the Middle East Has Changed 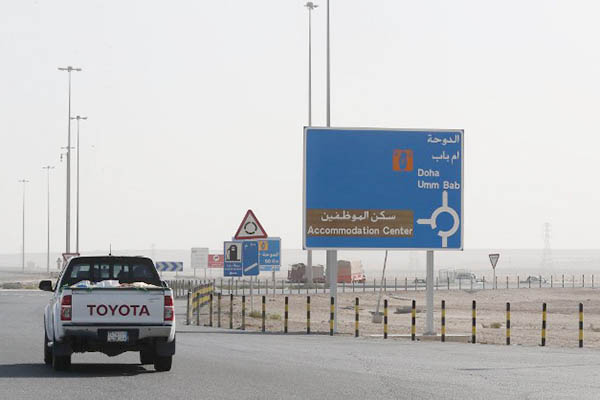 With Gulf nations establishing diplomatic ties with Israel, the region is set to undertake a new series of global alignments

In the past, the Middle East was divided over the Arab-Israel conflict and the Israeli occupation of the land of Palestinian Arabs. Egypt, Syria and Iraq fought wars over it; and the Arab population—and Muslims elsewhere—grew up nursing a deep antipathy towards Israel, the unfair occupier facilitated by the West. There were wars, and the Arab states fighting them were defeated. The sheikhdoms stood behind the Arab states, most often subject to military takeovers, but in time learned to fear them too; and carefully avoided having armies of their own for fear of endless disorder.

The threat patterns have changed. The sheikhdoms—in this context Saudi Arabia, the U.A.E. and Bahrain—feel threatened by two other Islamic states, Iran and Turkey. Iran is fighting for the survival of the Shia sect in the region, shoring up Iraq’s Shia majority, and in the process getting into trouble with Sunni Turkey. In addition to the Houthis of Yemen, which puts it in direct confrontation with Saudi Arabia, Tehran is also propping up the minority Shia rulers of Syria and subjecting Lebanon to the violence of militant organizations Hezbollah and Amal while threatening Israel. Turkey is threatening Israel and the Arab states in the Eastern Mediterranean where it has started asserting its sovereignty with regard to sea-bed gas. Turkey also exploits sheikhdom rivalries by getting Qatar to quarter 5,000 Turkish troops on its soil, an “alternative” to the 10,000 Central Command (CENTCOM) U.S. troops there guarding America’s interests in the Middle East and Central Asia.

According to a senior official of the U.A.E., “Turkey’s army in Qatar is an element of instability in the Gulf region, it contributes to negative polarization.” The U.A.E. and its Arab allies have imposed a boycott on Qatar since June 2017 over a charge against Doha of supporting extremists and maintaining close relations with Iran. The “Arab four” have also demanded that Qatar close the Turkish military base.

Today, it is often said that “the Middle East is split among the Saudi bloc, Iran, and Turkey.” The Saudi bloc is perturbed by Turkey’s support for the political Islamists of the Muslim Brotherhood, which has local branches in the Gulf; and Gulf leaders fear that it enjoys enough potential popularity to subvert their monarchical rule. Israel is set to benefit from this rivalry. Ironically, Turkey’s aggressive “Ertugral” identity rides together with its diplomatic relations with Israel, supporting Hamas, a Palestinian movement and militia taking on the Jewish state.

Given this scenario, the U.A.E. and Bahrain have formally recognized Israel while Saudi Arabia—busy changing its identity from a regimented religious state to a liberal one—says it will conduct business with Israel if it “agrees to the Arab peace initiative which calls for a separate Palestinian state.” But that doesn’t mean Saudi Arabia is not moving to secure itself against the growing Iranian-Turkish threat.

America, after reaching a nuclear deal with Iran, lifted sanctions on Tehran in 2016. What followed was an immediate uplift of the Iranian economy, allowing it to arm itself for a new regional identity. It used the money to fund its militias in Lebanon, Syria, and Iraq, to further increase its influence there. Israel was threatened by this broadening of the Iranian presence. It took only months for Saudi Arabia, the U.A.E. and Bahrain—the latter ruled by a Sunni minority—to reach out to Israel, which accepted new members into the “Abraham Accord” where Egypt and Jordan had already indirectly had their presence.

Israel has asked for a defense alliance with Saudi Arabia, the U.A.E., and Bahrain against Iran’s looming threat. The richest two states of the region have signed deals on tourism, health, agriculture, and the water sector, with Israel. Trade between Israel and the U.A.E. is projected to increase from $300,000 to $500 million a year. Saudi Arabia, although hesitant to recognize Israel, has planned a $500 billion NEOM city covering 26,500km northwest of Saudi Arabia along the Israeli border, linking Jordan and Egypt through Saudi territory.

Confronting Turkey and its Eastern Mediterranean, Israel has agreed to move forward with Egypt. It had signed a peace treaty with it in 1979 pledging “security cooperation.” An Egyptian envoy is said to have visited Jerusalem in 2020. This year, too, an Egyptian minister visited Jerusalem, despite its disputed status, and signed an agreement “connecting the Mediterranean’s Leviathan gas-field to Egyptian liquefied natural gas facilities through an underwater pipeline exporting gas to European countries.”

Need for an Arab readjustment

The Arab states in the Middle East might take a while adjusting to the changing nature of the state—from religious to trading—but it will confront the Muslim states away from the region to get its people to adjust to it. For instance, Pakistan not long ago offended its Saudi friends by joining up with Turkey and Malaysia to start up an “alternative” Organization of Islamic Cooperation. When the Saudis protested, Malaysia lost no time in dismissing its prime minister who had joined in the Turkish initiative. Pakistan is still praising Turkish TV serial Ertugral without being aware of the hidden message in it.

What the Muslims need are human rights but their rights-movements usually come to naught because of a lack of popular consensus. One chastening experience was the Arab Spring. Francis Fukuyama in his book Identity: The Demand for Dignity and the Politics of Resentment (2019) writes: “The Arab Spring of 2010 went horribly wrong. The greatest tragedy occurred in Syria, where that country’s dictator, Bashar al-Assad, refused to leave power and launched a war against his own population that has to-date killed more than 400,000 people and displaced millions more. In Egypt, early democratic elections brought the Muslim Brotherhood to power; fears that they would impose their brand of Islam on the country led the military to stage a coup in 2013. Libya and Yemen descended into bloody civil wars, and authoritarian rulers tightened their grip throughout the region. Only Tunisia, where the Arab Spring originated, looked—for a time—anything like liberal democracy, but it hung on by a thread.”

Given the Middle East’s time-warped state evolution, what emerges in three important sheikhdoms of the Gulf aligning with Israel might be good for peace and normal economic development but will cause deep political and religious fissures in the Islamic world. Many factors are in favor of a “new order” now that America is keen to withdraw from the Middle East and Afghanistan. China would favor the new order, which seems to take shape with the Arab sheikhdoms’ alignment with Israel as the dominant “nuclearized” power of the region. China is most expected to dominate the region economically if one looks at the trade-map of the region.

Vali Nasr in his book The Shia Revival: How Conflicts within Islam Will Shape the Future (2007) saw this situation coming: “China’s trade with Iran has grown from $1.3 billion in 1999 to $45 billion in 2011; with Saudi Arabia from $4 billion in 2001 to $50 billion in 2011; and with Egypt from less than a billion in 2001 to $9 billion in 2011. Since 2006 China has been exporting more to the Middle East than the United States does, and the same is true for imports since 2009. In 2010, Chinese exports to the region were close to double that of the United States (China is now the largest exporter to the region), and Chinese direct foreign investment took off, leaving America far behind: 30 percent of China’s global contracts in that year were with Arab enterprises. We have essentially ceded the Middle East to China and others to profit from just as we geared up to prevent the same happening in Asia-Pacific and Africa.”