How the Polls Got it so Wrong on Trump 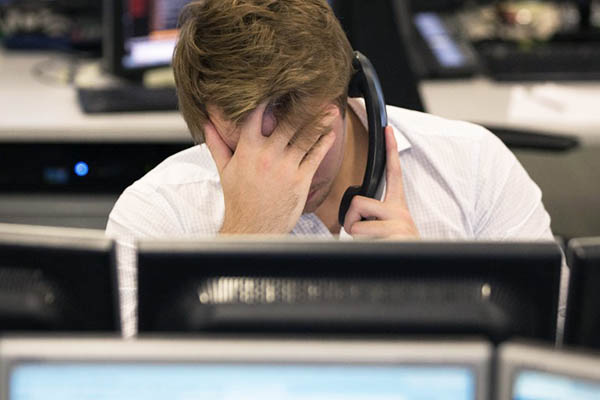 Donald Trump’s astonishing White House victory over Democratic favorite Hillary Clinton produced another demonstrably clear loser in the process: U.S. polling. Such was the scope of pollsters’ and forecasters’ failures on Tuesday night that the future of the entire industry was being thrown into question.

Of the 20 major polling institutions including national networks, prominent newspapers and news wires that conducted more than 80 polls since mid-September, only one organization—the Los Angeles Times paired with USC Tracking—consistently gave Trump the edge.

The esteemed New York Times forecast unit, the Upshot, had given Clinton an 85 percent chance of victory, even proclaiming her a 93 percent favorite to win Wisconsin. AFP talked with University of Virginia political professor Larry Sabato, director of the school’s Center for Politics and author of Sabato’s Crystal Ball which, like most forecasters, had predicted a Clinton victory.

“The crystal ball has a big crack in it, my friend,” Sabato said.

Why did polls get results so wrong? “It’s pretty obvious that something happened here,” Sabato said of the fundamental misreading, noting there have been literally hundreds of presidential polls conducted this year.

Many pollsters weigh their samples based on the electorate as it was composed in prior election contests, according to Sabato. That proved their undoing, because polls simply underestimated the number of quiet, poll-avoiding Trump supporters out there. “White turnout in rural America was through the ever-loving roof,” he said, while African-American and millennial turnout was down.

While pollsters anticipated a drop in the black and youth votes compared to 2012 when President Barack Obama ran for re-election, “their likely voter screens simply did not catch the high impending turnout in these white rural areas.”

The Clinton campaign’s own internal tracking polls also badly misread the white working-class vote, according to one election analyst who studied them and spoke to AFP on condition of anonymity to discuss campaign team data. “They were completely wrong—and they spent a fortune,” the analyst said.

Did they underestimate anti-Hillary anger? No, said Sabato. “The surveys showed a lot of that.” But others begrudgingly realized that pollsters may not have understood the depth of the resentment towards the former first lady, senator and secretary of state, whom many saw as a corrupt member of the elite Washington establishment.

“I had no idea how deep the divisions are,” Democratic strategist Paul Begala acknowledged on CNN.

What does this mean for polling in future? Sabato said he’s “just flummoxed,” considering “literally hundreds of surveys are wrong.”

“There’ll be one or more blue-ribbon panels to come up with something that works,” he said.

Sabato refused to throw in the polling towel. “Analysis by anecdote is not academic,” he stressed. “You don’t want to just rely on instincts, you have to rely on data. ‘Garbage in is garbage out’ applies tonight.”

The professor pointed to a steady decline in willingness among the public to involve themselves in telephone polls. In the future, “most polling will be done online,” he added, dismissing concerns that Internet surveys can be easily skewed. “They’re not unreliable—not if you do them well.”