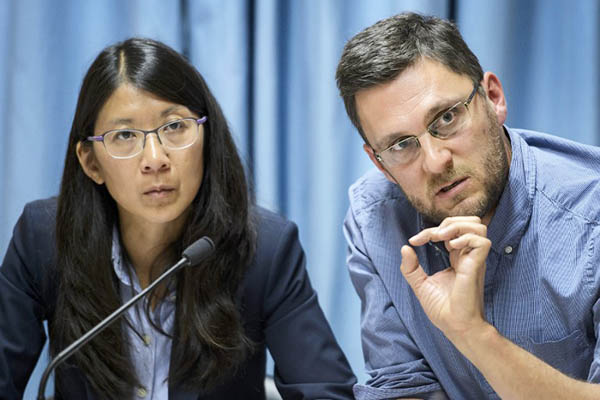 There are already three ongoing probes underway by U.S., NATO and Afghan authorities.

The Doctors Without Borders charity on Wednesday called for an international commission that has never before been used to investigate a deadly U.S. airstrike on an Afghan hospital.

The investigation would come on top of three ongoing probes—by the U.S. military, NATO and Afghan officials—into Saturday’s attack on the hospital in the northern Afghan city of Kunduz hospital.

But Doctors Without Borders chief Joanne Liu insisted Wednesday that “we cannot rely on an internal military investigation” to get to the bottom of why the Kunduz hospital was targeted, leaving 22 people, including 12 MSF staff, dead.

Instead, she insisted that a probe should be carried out by the International Humanitarian Fact-Finding Commission, which was established under the additional protocols of the Geneva Conventions that establish international humanitarian laws during conflict.

Here are some details on the commission and how it would work.

Although this mechanism has existed on paper since 1977, and was ratified into being in 1991, the commission has never until now been used. That is because at least one of its 76 signatory states must sponsor an inquiry before a probe can begin. “Governments up to now have been too polite or afraid to set a precedent. The tool exists and it is time it is activated,” Liu said.

MSF said it had sent out letters to all the signatory states urging them to call for an inquiry. The charity is also in close contact with the United States and Afghanistan, who as interested parties would need to agree to the probe before it could be launched.

The commission is based in the Swiss capital of Bern, since Switzerland is the caretaker of the Geneva Conventions, and counts 15 independent experts appointed for five-year terms. If an investigation is agreed upon, a chamber consisting of seven of the commission’s 15 members would undertake the inquiries.

The commission’s mandate is “to investigate grave breaches and other serious violations of the Geneva Conventions,” most of which fall “under the category of war crimes or crimes against humanity.”

The commission would simply establish the facts and would not determine criminal accountability.

MSF, which has pulled out of Kunduz in the aftermath of the attack, has already branded the strikes a war crime. But it said Wednesday an international fact-finding probe would allow the United States and Afghanistan a chance to establish what happened and possibly prove otherwise.

MSF said an independent fact-finding probe was needed to clarify not only what happened in Kunduz but also to reaffirm the international laws protecting humanitarian actors in conflict zones. “It is unacceptable that the bombing of a hospital and the killing of staff and patients can be dismissed as collateral damage or brushed aside as a mistake,” Liu said.