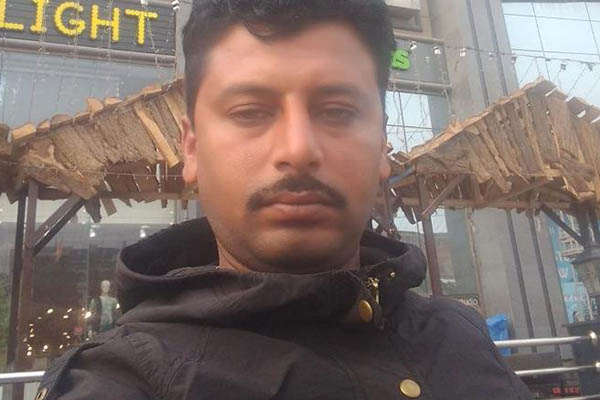 In a statement, the independent watchdog questioned the “unlikely coincidence” of the PPP lawmakers being cleared of all charges shortly after Nazim’s wife, Shireen, said she was “forgiving” the men accused of brutally torturing and murdering her husband last November due to pressure and isolation.

“[The] HRCP believes that Ms. Jokhio’s decision was certainly not voluntary and should not be considered legally acceptable,” it said. “In the present political situation, this should be a test case for the Sindh government to show that it will put human rights and justice before short-term political interests,” it said, adding that HRCP considers Nazim Jokhio a human rights defender and “insists” there be no impunity for harm to any activist in any circumstances.

Earlier, the Sindh High Court had asked PPP MNA Jam Karim Bijjar and other suspects in Nazim Jokhio’s murder case to surrender before an Anti-Terrorism Court within three days of the final investigation report of the case being filed. The MNA and two other suspects had been granted three-day protective bail by the SHC, allowing them to approach the trial court.

According to the final charge sheet placed before the Anti-Terrorism Court, the MNA; his brother MPA Jam Awais; and their fellow accused had all been cleared of charges over lack of evidence.

Nazim Jokhio, 27, was found tortured to death at Jam Awais’ farmhouse in Malir on Nov. 3, with police booking him, his brother Jam Karim Bijjar, and over 20 others for allegedly torturing the activist to death after he filmed and protested the illegal hunting of houbara bustard in his village by Arab visitors. An interim charge sheet, naming over 20 accused, had been filed in December.

The final charge sheet was filed before a magistrate in the last week of January. It named the MPA and four others as primary accused, and the MNA and three others as absconding accused. On Feb. 8, the judicial magistrate returned the final charge sheet to the investigating office with direction to file the case before the administrative judge of the Anti-Terrorism Courts, maintaining that the torture and murder appeared motivated by a desire to boost insecurity and fear in the public.

The final charge sheet then remained pending with the prosecutor general for “detailed scrutiny” until this month, when both the PPP lawmakers and their servants were cleared over lack of device. It currently lists only three guards as the perpetrators of the crime.

Last week, the National Commission for Human Rights had moved the SHC to become a party in the case, claiming that there was no chance of a fair trial in the face of alleged “connivance” of state officials with the accused party.