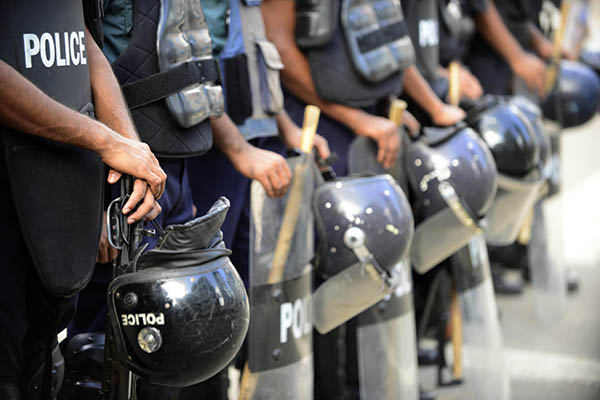 The rights group in an Aug. 16 report had alleged the trial of Azam was deeply flawed, accusing the judges of improperly conducting an investigation on behalf of the prosecution and said there was collusion and bias among prosecutors and judges. The prosecutors termed the report, Bangladesh: Azam conviction based on flawed proceedings, ill-motivated.

“The statements are biased, baseless, utterly false and fabricated, ill-motivated, and are not made in good faith,” said prosecutor Tureen Afroz. “Therefore we asked that the tribunal issue an order of contempt,” he added.

Azam, who is now considered the spiritual leader of the Jamaat-e-Islami, was the fifth person convicted by the war crimes court set up by the secular government.

A total of six people have been convicted of war crimes. Nearly a dozen more people are being tried.

The tribunal’s verdicts have sparked outbreaks of political violence in the country, which has a 90 percent Muslim population, leaving at least 150 people dead. The opposition has criticized the cases as politically motivated and aimed at settling old scores rather than meting out justice.

Unlike other war crimes courts, the Bangladesh tribunal is not endorsed by the United Nations.

There was no immediate comment from HRW, which has said that the court’s procedures fall short of international standards.

Earlier this month, Jamaat-e-Islami was barred from contesting next year’s elections when judges declared its charter breached Bangladesh’s secular constitution.