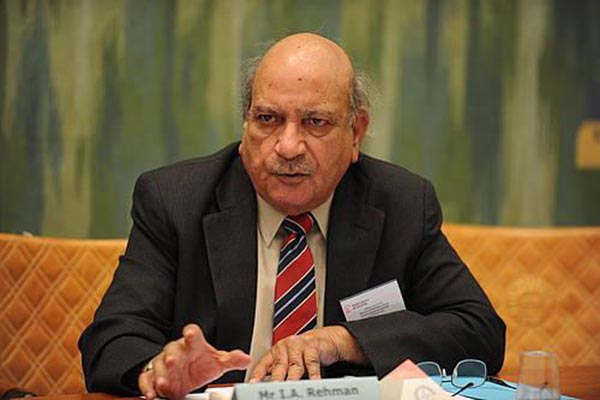 Human rights activist and journalist Ibn Abdur Rehman, popularly known as I.A. Rehman, died at his home in Lahore early on Monday, his family has confirmed. He was 90.

While the family did not immediately confirm the cause of death, Rehman was a diabetic and had suffered from high blood pressure for several years. Local media has reported he passed away peacefully in his sleep.

A longstanding columnist for daily Dawn, Rehman always maintained that he had spent his life fighting for human rights and would continue to do so until his last breath. As part of his activism, he served as the director of the independent Human Rights Commission of Pakistan for nearly two decades—starting from 1990—and also served as its secretary-general until 2017.

Born on Sept. 1, 1930 in Haryana, India, Rehman was a protégé of renowned Urdu poet Faiz Ahmed Faiz, and served as the editor-in-chief of the daily Pakistan Times for two years. Overall, his career in journalism spanned around 65 years, and included stints at the Urdu daily Azad and the weekly Viewpoint. He also published three books, co-editing Jinnah as a Parliamentarian, and authoring Arts and Crafts of Pakistan, and Pakistan Under Siege.

An advocate for peace between Pakistan and India, as well as a vocal activist for reforms to Pakistan’s blasphemy laws, he actively campaigned for legislation to introduce and implement human rights in all aspects of the country.

Reports of his death prompted an outpouring of grief on social media, with Pakistanis paying tribute to his contributions to journalism and human rights. Journalist Nasim Zehra described him as a “vanguard of Pakistan’s democratic struggle,” while journalist Azhar Abbas noted that the country “will miss such a bold voice of freedom.” Politicians also expressed their condolences, with PPP leader Sherry Rehman calling Rehman an “icon of integrity” and ANP leader Abrasiab Khattak said he was a “mild giant who led generations of Pakistanis in struggle for democratic freedoms.”