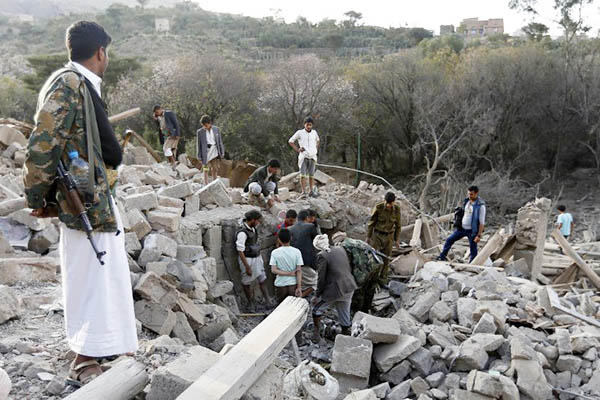 The United States should compensate the families of those killed or wounded during an elite forces raid in Yemen that reportedly killed several civilians, Human Rights Watch said on Thursday.

One U.S. serviceman was killed and four others were wounded in the Sunday operation—the first major U.S. raid in Yemen since Donald Trump became president. The U.S. military’s Central Command said Wednesday that it was “likely” that civilians died in the raid, which targeted members of Al Qaeda in the Arabian Peninsula (AQAP) in the Yakla region of Baida province.

“The U.S. military should fully investigate the civilian deaths resulting from the attack in Yemen, and should compensate families of civilians wrongfully killed and wounded civilians,” HRW’s terrorism and counter-terrorism director Nadim Houry said in a statement. “The military forces involved should adopt measures to minimize further civilian losses in Yemen.”

The New York-based watchdog said it had spoken with witnesses who said at least 17 “men who had fired at U.S. forces” and 10 civilians died in Sunday’s raid.

Yemen has been riven by conflict since March 2015 when a Saudi-backed coalition began bombing raids against Houthi rebels who had seized the capital Sanaa from government control. The resulting lawlessness has allowed groups such as AQAP and the Islamic State group to gain territory.

The U.S. has kept up a long-running drone war on AQAP in Yemen.