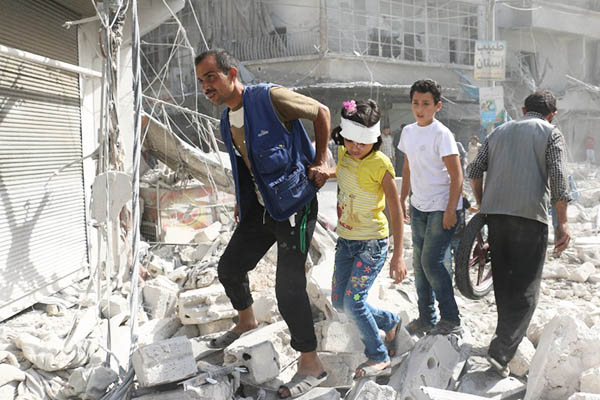 A “humanitarian pause” announced by Russia went into effect on Thursday in the Syrian army’s devastating Moscow-backed assault on rebel-held areas of Aleppo to allow civilians and fighters to leave the city if they wish.

Russia has said the pause will continue until at least 1600 GMT and could be extended. The Syrian army has said it will last three days. Syrian and Russian warplanes already halted strikes on rebel districts from 0700 GMT on Tuesday.

The Syrian army has said it is opening eight corridors to provide safe passage for the more than 250,000 civilians trapped in rebel areas to leave the city. It has said two of them can also be used by rebel fighters but called on them to leave behind their weapons.

The United Nations has said the duration of the pause is not long enough to provide any relief supplies to residents of rebel districts who have been under near-continuous siege since mid-July. U.N. envoy Staffan de Mistura said the truce would be long enough to safely evacuate just 200 wounded from the devastated east of the city.

The Syrian regime and its ally Russia launched an offensive on Sept. 22 aimed at recapturing the east, held by rebels since 2012. The accompanying air and artillery bombardments have left some 400 people dead and more than 2,000 wounded, according to the U.N.