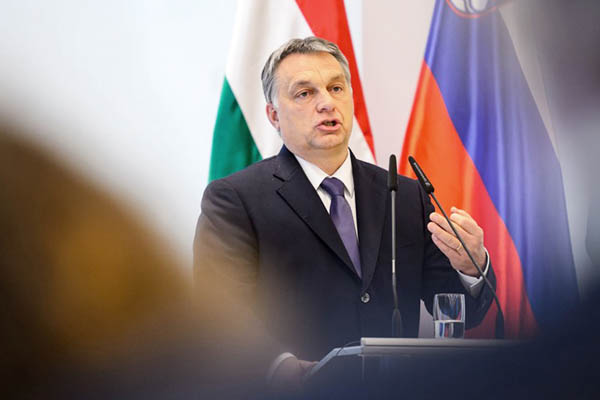 Amnesty International on Monday slammed plans by the Hungarian government to introduce sweeping anti-terror laws including curfews and Internet restrictions, calling the proposal an “attack on human rights.”

According to a draft leaked to the media last month, the cabinet of rightwing Prime Minister Viktor Orban wants to amend the constitution by creating a new category of emergency—“terror threat situation”—that if declared would enable it to issue decrees, suspend certain laws, and modify others.

Among some 30 proposed changes are controls on the Internet, domestic deployment of the army, border closures, and the imposition of curfews in areas affected by a terrorist threat.

Amnesty said the government proposal “devolves near absolute power on the executive,” which would lead to “a full frontal assault on human rights and the rule of law,” in a report released Monday. If adopted, the changes would have “profoundly negative consequences for human rights in Hungary,” the campaign group warned.

The plans will be debated in parliament when lawmakers reconvene from Feb. 15 following a winter break.

After losing a parliamentary supermajority last year, Orban’s ruling rightwing Fidesz party needs the support of at least some opposition lawmakers to pass constitutional amendments. So far, however, talks between Fidesz and opposition parties have not led to compromise, and the draft will be proposed in its current form, a government official said last week.

“The positions are very far from each other, hence further talks with the opposition are not expected,” State Secretary Bence Tuzson said in a television interview Friday.

Last month, several hundred demonstrators protested in the capital, Budapest, against the plans.