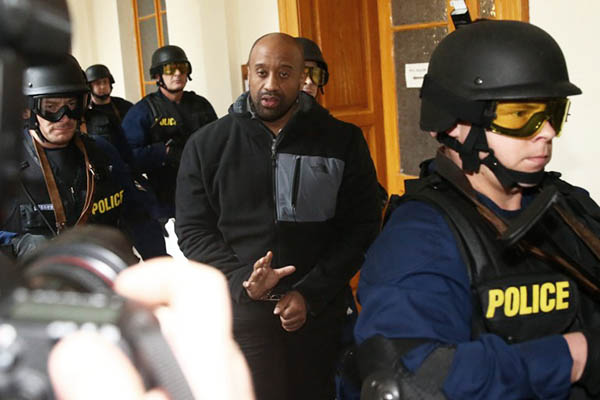 Trevor Brooks and Simon Keeler were released in 2009 after being jailed for financing terrorism.

A Hungarian judge ordered on Thursday the deportation to Britain of two British nationals who spent time in jail for financing terrorism and who were detained trying to enter Romania.

Trevor Brooks, 44, also known as Abu Izzadeen, a Muslim activist dubbed a “hate preacher” by the British press, and Simon Keeler, 40, were not allowed to leave Britain without permission. Hungarian police apprehended the pair on Saturday on a train on the Hungary-Romanian border because they did not have correct documentation and later realized they were subject to European arrest warrants.

Both men, appearing in separate hearings in Budapest flanked by armed guards on Thursday, were jailed for financing terrorism and were released in 2009.

It was unclear what the planned final destination of the men had been, with Hungarian media speculating that they intended to travel to Syria via Bulgaria and Turkey.

Keeler told judge Eva Varhegyi he was on his way to Turkey to join his family, and that security measures imposed against him in London were “too tough.” Asked by the judge if he understood the ruling, Brooks replied “igen” (“yes” in Hungarian). “It’s a shame you won’t stay in Hungary longer to learn more Hungarian,” Varhegyi said.

“I’ll come back one day, legally,” Brooks replied, complaining however about the “awful food” he was given in custody and that the tap water “makes me ill.”