I Hope for Justice: Pervez Musharraf 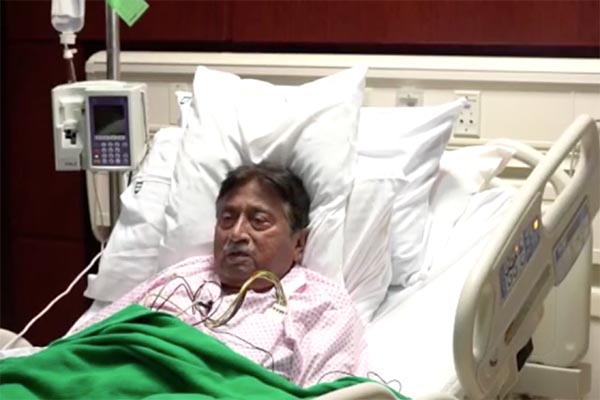 The high treason case against me is baseless, former president Pervez Musharraf said via video statement on Tuesday, a few hours after a special court sentenced him to death in absentia over his declaration of a state of emergency in 2007.

Addressing the camera from a hospital bed, the former Pakistan Army chief, who ruled Pakistan from 1999-2008, said he was innocent of the crime of high treason. “Rather than treason, I have served this country, I have fought wars for it… [so] I consider this case baseless,” he said.

Musharraf went on to say that he had been denied the right to defend himself in court in the high treason case. “They [court] are not even listening to my lawyer, Salman Safdar,” he said. “This is a great injustice [to me],” he added.

The former president said he was in obvious poor health, adding that he had collapsed just this morning and been shifted to hospital without realizing he had been transferred. He invited the judicial commission formed to record his statement to travel to Dubai and meet him. “They can come and hear me, see my condition and then decide for themselves. When they return they can give their statement and my lawyer will be heard in the court too and then I hope I will get justice,” he added.

A special three-member court, trying the president for treason since 2013, today found him guilty under Article 6 of the Constitution. In its judgment, the court sentenced him to death. It said Musharraf had waived his right to record a statement after becoming an absconder and refusing to respond to several summons from the court. Musharraf’s lawyer, in recent weeks, had contended that his client was being denied justice because the court was ruling without recording his statement. A detailed judgment is due within 48 hours.

The 76-year-old former president went into self-exile in 2016, when he was granted permission to travel abroad to seek medical treatment. He has since lived primarily in Dubai, with a few visits to London. “Musharraf wanted to record his statement and was ready to visit Pakistan but he wanted foolproof security which was not provided,” his lawyer Akhtar Shah told AFP. “He is still in Dubai and sick.”

Special Assistant to the P.M. on Information Firdous Ashiq Awan told journalists the government would issue its statement on the matter after Prime Minister Imran Khan had returned from a trip abroad.