‘I Will Never Rejoin’ 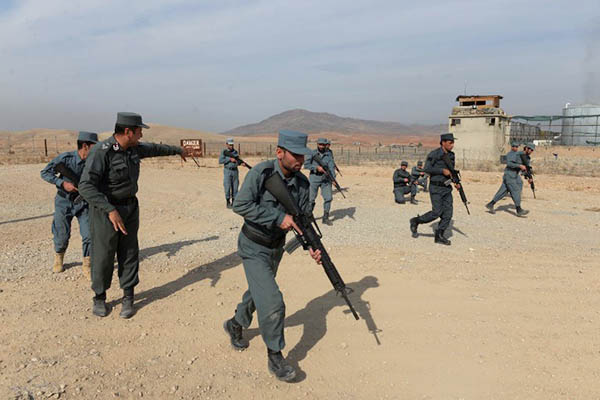 After losing countless comrades to better-equipped Taliban fighters and having his salary stolen by superiors, Afghan soldier Beg is fed up and plans to quit the army. He is not alone.

Afghanistan’s beleaguered security forces have long seen high rates of attrition. But now, as the Taliban maintain the upper hand in the 17-year conflict, casualties are reaching what experts warn are unsustainable levels.

Since the start of 2015, when local forces took over from U.S.-led NATO combat troops to secure the country, nearly 30,000 Afghan soldiers and police have been killed, President Ashraf Ghani revealed this month—a figure far higher than anything previously acknowledged.

That is an average of around 20 soldiers killed per day.

“If the casualty rate continues like this, the day will come when we will have no one left to recruit,” warned military analyst Atiqullah Amarkhail.

The shocking mortality rate has sent already shaky morale to new lows, with many soldiers questioning how much further they should push their luck.

In the third quarter of 2018 the number of soldiers and police deployed across the war-torn country fell to 312,328—nearly 9,000 fewer than just one year ago, and the lowest level for any comparable period since 2012, a U.S. watchdog said in October.

Beg is one who has no intention of going back.

“There have been days when I have lost five to 10 colleagues in fighting,” said the 26-year-old, who is based in the northern province of Jowzjan. As with other military sources in this story, only his surname is being used to protect his identity. “I have survived two Taliban sieges of our unit and God helped me escape,” he continued. “I will not re-enlist. I will go and do labor work if I survive.”

It’s an increasingly big “if,” as the number of security forces killed in action appears to be accelerating. Estimated figures for 2015 show 5,000 killed that year, with the remainder of the 28,529 casualties revealed by President Ghani dying since then.

Casualty figures for Afghan forces have been kept under wraps since 2017 at the request of Kabul, but NATO’s Resolute Support mission in Afghanistan recently told SIGAR that this summer’s toll was worse than ever. That would come as no surprise to Ashiqullah, a police officer in the eastern province of Nangarhar, an I.S. stronghold that also has a heavy Taliban presence.

“Every day we are seeing our comrades being killed,” Ashiqullah, 24, said. “We don’t have proper equipment and most of our friends have been killed or quit the service.”

The growing number of dead and wounded has made it harder to recruit police in some areas, interior ministry recruitment chief Mohammad Daud admitted.

A police recruitment center in the northern province of Balkh has seen a near 80 percent drop in the number of recruits this year, said an official on the condition of anonymity. But a center in the Nangarhar provincial capital of Jalalabad said the number of people registering to fight remained high.

Defense ministry spokesman Jawed Ahmad Ghafor said the number of people signing up to the army “has not decreased at all.”

Fazlullah, 24, said it had been his dream “to protect and defend my country,” as he signed up in Nangarhar. “I am not joining the police force to have a peaceful life,” he said. “I go to sacrifice myself for my country.”

Others say that in a country with rampant unemployment, they have no other options if they want to support their families. “I joined the security forces… to provide food and a salary for my family,” said Sapai, 27, a soldier in Nangarhar.

Salman, 27, a police officer in the northwestern province of Faryab, said he had not been paid in three months and air support during attacks by the Taliban “were not effective.”

“But we don’t have any choice except to keep fighting,” he said.

The bleak figures come as the Taliban intensify attacks on Afghan forces, scoring significant battlefield wins and maintaining control or influence over swathes of the countryside. Afghan and U.S. forces say the militants are suffering heavy casualties too. But the losses do not appear to have eroded their desire to fight, even as international efforts to engage them in peace talks gather pace.

“They attack us every night,” said Enayatullah, a 29-year-old police officer in the southeastern province of Ghazni, who has been wounded twice by landmines. “My service in the police will finish in a few days and I will never rejoin.”