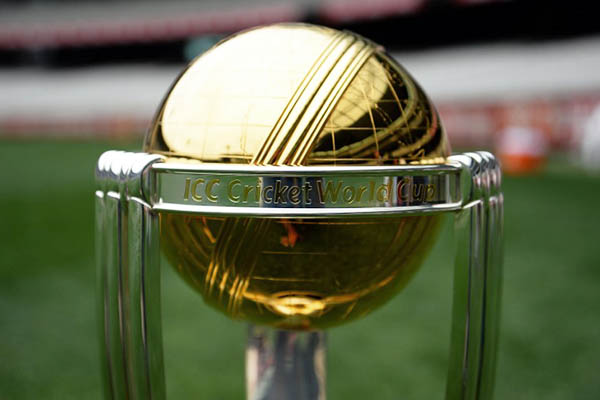 World cricket body says no country will have any immunity and there will be no changes to membership status.

World cricket was set for a shake-up after the International Cricket Council gave “unanimous support” for “principles” to change its structure and governance.

Leaked draft proposals from the sport’s most financially powerful ‘Big Three’ nations argued for more power to be placed in the hands of India, England and Australia. But Tuesday’s statement, following the first of a two-day ICC meeting at its Dubai headquarters, ruled out talk of the ‘Big Three’ being spared relegation in any new two-division Test set-up because of their commercial importance. It even indicated the likes of Ireland might join the existing 10 Test nations but without any details.

“There will be an opportunity for all Members to play all formats of cricket on merit, with participation based on meritocracy; no immunity to any country, and no change to membership status,” the ICC statement said.

But the statement was clear in signaling the end of the proposed World Test Championship. Its delayed launch was supposed to happen in England in 2017. But instead it has been replaced by the reprieved one-day Champions Trophy, a more commercial and broadcast-friendly proposition. The ‘mini World Cup’ was spared after a successful ‘final’ edition in England last year.

Plans to give the ‘Big Three’ a greater say in running ICC include the formation of a new five-man executive committee, with three seats reserved for the Board of Control for Cricket in India (BCCI), the England and Wales Cricket Board (ECB) and Cricket Australia (CA).

Meanwhile the ICC board agreed to discontinue the centralized Future Tours Program—a well-meaning if not always well-enforced scheme—designed to ensure the 10 leading countries hosted and toured one another during an eight-year span. Instead there will be a return to bilateral agreements between nations. These will run from 2015-2023 in common with the ICC’s next commercial rights cycle.

Trying to allay fears about a lack of top-class cricket for the likes of ‘commercially unattractive’ countries such as Bangladesh, Zimbabwe and even New Zealand, the ECB and CA have said they will play a minimum number of fixtures against all other full members. But the BCCI, which generates some 80 percent of the ICC’s global revenue, has yet to declare its hand.

Indeed Tuesday’s statement said a further meeting has been scheduled for February to work out the details of the new structure.

Nevertheless, ICC president Alan Isaac insisted Tuesday: “It is extremely encouraging that the ICC board has unanimously supported a set of far-reaching principles that will underpin the long-term prosperity of the global game. These principles emphasize the primacy of Test cricket and that for the first time in cricket’s history participation will be based entirely on meritocracy, giving everyone powerful incentives to play better cricket and develop better cricketers.” The New Zealander added: “Extensive work will now be undertaken in advance of a follow-up board meeting next month.”

The fact ICC used the words “unanimous support” rather than gave a breakdown of figures indicates no formal vote took place in a closed meeting that lasted several hours.

Cricket South Africa had said the ‘position paper’ was “fundamentally flawed,” with Pakistan, Sri Lanka and Bangladesh weighing in behind CSA’s stance. But CSA, whose side top the world Test rankings, may have been mollified by being included in a ‘Test Cricket Fund,’ created by the ‘Big Three’ to benefit the other seven nations in which the five-day game struggles for support.

There were reports the BCCI, cricket’s financial powerhouse, had threatened the ‘nuclear option’ of quitting ICC events if more money and authority did not cone its way. That already powerful India should have an even greater say in running world cricket was acknowledged when the ICC spoke Tuesday of the “BCCI taking a central leadership responsibility.”

Meanwhile Isaac insisted he’d “encouraged” the ‘Big Three’ to devise their position paper, adding he’d been disappointed by a leak that led to “unwarranted” criticism of their motives. “These leading cricket nations have worked tirelessly to produce a document which provided the basis for the past few weeks of extremely constructive discussions,” Isaac said. “The principles agreed today provide clear evidence that … over the coming weeks we can be increasingly confident in achieving consensus.”