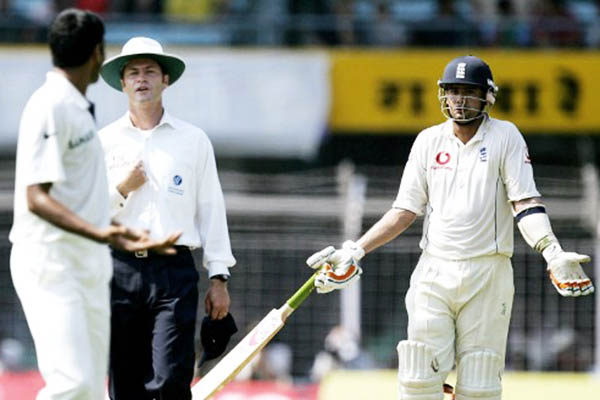 Players to face fines, suspensions if they don’t control their behavior at tournament.

The International Cricket Council has warned players they face possible suspension if they cross the line and misbehave at this month’s World Cup.

ICC chief David Richardson said match referees will be empowered to crack down on aggressive sledging, overzealous send-offs of dismissed batsmen or on-field altercations that could taint cricket’s global showpiece. Richardson said players at the World Cup have been put on notice that the penalty for crossing the line will be “a little bit more serious or higher than before.”

“The crackdown has already started,” Richardson told reporters on Tuesday. “First offence you’ll likely end up with a fine, which no player likes. Repeat offence … some players already sitting with some offences behind their name, will be punished with a suspension. We’re not expecting too much trouble. Hopefully, those who get a little bit excited on occasions will keep their calm.”

Volatile Australia batsman David Warner is one player who faces a suspension should he fall foul of the umpires over the next six weeks of the World Cup.

Warner has been twice found guilty of code-of-conduct breaches this season, having exchanged words with India paceman Varun Aaron in the first Adelaide Test then demanding India’s Rohit Sharma “speak English” during a one-dayer in Melbourne.

Warner said the issue of sledging had been overplayed. “When you’re fielding on the boundary and you’re copping it from the crowd, that’s worse than when they’re sledging out in the middle,” Warner told Melbourne radio station 3AW.

Former New Zealand cricketer Martin Crowe recently called for an introduction of yellow and red disciplinary cards, labeling Warner the “most juvenile cricketer I have seen.”

“The officials must step in now. There are others who are borderline, but Warner is the worst culprit,” Crowe said. “Do we wait for blood to be spilt on the pitch, lawsuits to follow?”

Richardson suggested the merits of a card system had been debated at ICC cricket committee meetings but it was unlikely to be adopted in the near future. “Let’s leave it with the match officials, they’ve been directed to take a firmer approach and a more consistent approach,” he said. “Let’s see how that goes before we consider anything else.”