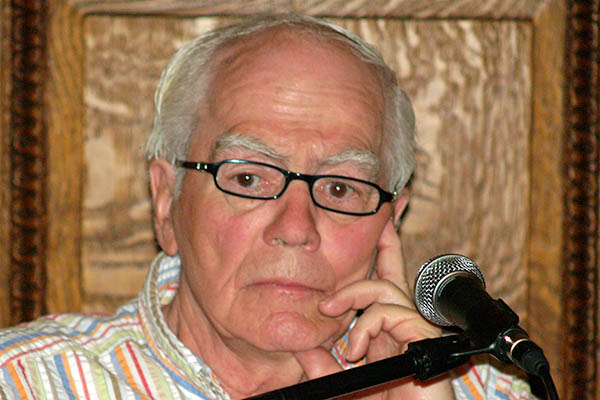 Award-winning reporter renowned for championing underdogs was recovering from pneumonia at the time of his death.

Jimmy Breslin, a brash, colorful award-winning reporter and newspaper columnist who took on the high and mighty and championed the underdog, died on Sunday at the age of 88. His wife Ronnie Eldridge confirmed his death, The New York Times reported. Breslin had been recovering from pneumonia.

A Queens native who dropped out of college and went on to become a rapier-tongued, one-of-a-kind character in the competitive world of New York City tabloid newsrooms, Breslin is also credited with being part of the New Journalism movement, along with writers such as Gay Talese, Tom Wolfe and Hunter Thompson. Its goal was to give a more literary touch to covering the news.

One of Breslin’s most revered columns came from his coverage of president John F. Kennedy’s burial. He began with a description and quotes from Clifton Pollard, a 42-year-old laborer tasked with digging JFK’s grave at Arlington National Cemetery as part of a job that paid little.

“One of the last to serve John Fitzgerald Kennedy, who was the thirty-fifth President of this country, was a working man who earns $3.01 an hour and said it was an honor to dig the grave,” Breslin wrote in November 1963 for the New York Herald Tribune.

Later in the column, he described Jacqueline Kennedy leaving the White House to attend her slain husband’s burial. “Everybody watched her while she walked,” he wrote. “She is the mother of two fatherless children and she was walking into the history of this country because she was showing everybody who felt old and helpless and without hope that she had this terrible strength that everybody needed so badly.”

Breslin won a George Polk Award for metropolitan reporting in 1985 and the Pulitzer prize for commentary the following year. He was also a best-selling author. His stints as a reporter and columnist were at the Daily News, New York Newsday, then Newsday on Long Island and back at the Daily News.

“Jimmy Breslin was a furious, funny, outrageous and caring voice of the people who made newspaper writing into literature,” said Daily News editor-in-chief Arthur Browne.

When Breslin was really impassioned about a story, the paper said, he would hit the keys on his typewriter so hard they would sometimes break. “After a session with Breslin, the typewriters would give up,” Dick Wald, a former colleague of his at the Herald-Tribune, told the Daily News. “It was a mark of passion—if he really wanted to get something said, he’d break a typewriter.”