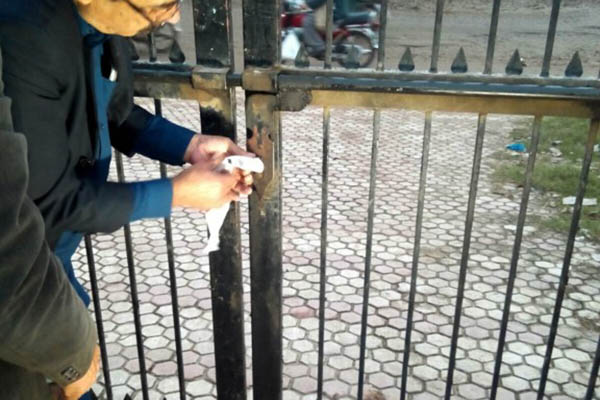 Over 100 students will eventually be deported after being detained in raid on unregistered madrassa.

Police in Pakistan raided a madrassa in Quetta and detained 106 illegal Afghan students, officials said on Monday, as the government stepped up a campaign to rein in rogue religious schools.

The detentions were made Saturday, and students aged between 14 to 18 years—with no documents giving them permission to be in the country—will eventually be deported to Afghanistan, said senior police official Nadeem Hussain. “We have sealed the madrassa as it did not have any registration documents,” he said.

Akbar Harifal, the home secretary for Balochistan province, of which Quetta is the capital, confirmed the raid and detentions.

Pakistan had vowed to keep a closer eye on its 13,000 Islamic seminaries, or madrassas, as part of a “National Action Plan” after the country’s deadliest extremist attack, a Taliban assault on a school that left more than 150 people dead in December 2014. With little oversight of what was being taught to the hundreds of thousands of children enrolled in the country’s madrassas, fears intensified after the 2014 attack that some religious schools were breeding grounds for intolerance or extremism.

There was no suggestion that the seminary raided Saturday had links to extremism.

Pakistan is home to 1.5 million registered and about as many undocumented Afghan refugees, with growing insecurity in Afghanistan impeding voluntary return programs.