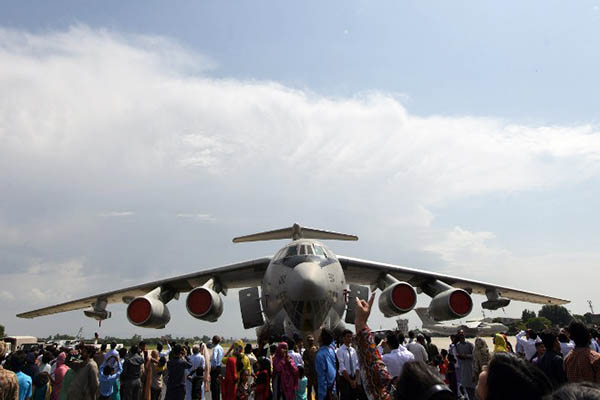 The U.S. Congress, intent upon changing policy over the head of President Obama, has decided to block the purchase of American F-16 fighter jets by Pakistan. It blames Pakistan for two developing bilateral quarrels: Pakistan’s inaction over its Pakistan-based Haqqani network of Afghan militants, and the holding of Dr. Shakeel Afridi for helping an American stealth operation that killed Osama bin Laden in 2011.

Surgeon Afridi was found guilty in 2012 of treason under the tribal justice system of Khyber Agency and sentenced to 33 years in jail and fined Rs. 320,000 in addition to confiscation of property. The treason charge was pinned on him after Leon Panetta, the-then U.S. defense secretary, disclosed that Afridi had worked for U.S. intelligence, collecting DNA to verify bin Laden’s presence in Abbottabad.

We have warned America that bilateral relations will plunge if the F-16s deal is not forthcoming. At the same time we hope that Obama will win the argument at the Congress and get the ban lifted. All sorts of explanations are given for America nixing the F-16s deal: the cozying up of Washington to India, the intensification of anti-China strategy in the region, and opposition to the game-changing China-financed CPEC project in Pakistan.

Pakistan was enraged when CIA agent Raymond Davis killed two street purse-snatchers in Lahore in 2011. But it finally acted pragmatically, letting Davis off the hook after extracting Islamic blood money from Washington. However, in the case of Dr. Afridi, it is acting irrationally, unmindful of the message it sends out to the world: that Pakistan was offended rather than overjoyed by the killing of bin Laden; and that, instead of rewarding Afridi it was determined to punish him for its own blunders.

The illogic of collective anger whipped up by threadbare agitprop cannot be allowed to shape state policy. There may be other reasons for saying goodbye to America but not on the basis of these two indefensible “causes.” False offense over Al Qaeda’s reversal in Abbottabad will not wash. And not ousting the Haqqanis from Pakistani soil will hurt Pakistan in the long run.

Wow! Even beggars have some self esteem. Once you tell them NO, they move on. But pakistan is a new breed of beggar, the World is watching it beg and plead on its knees for alms from their master