IMF Expects Pakistan Growth to Pick Up in ‘Medium Term’ 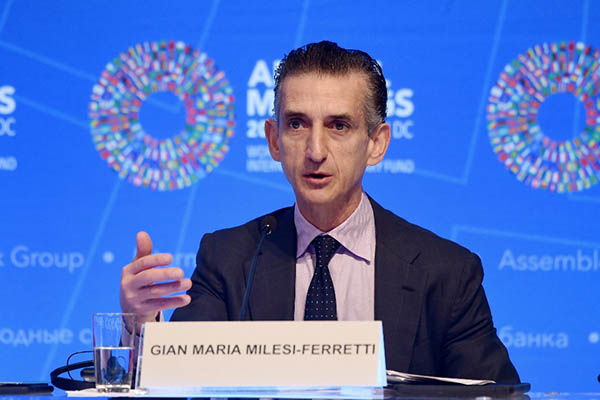 The International Monetary Fund hopes for notable economic growth in Pakistan over “the medium term,” but expects declines in the short term.

Speaking to journalists at a press conference on the World Economic Outlook, the global fund’s deputy director of the Research Department, Gian Maria Milesi‑Ferretti, noted that Islamabad had started implementing an “ambitious” program with the IMF. “The deficit over the last year has exceeded expectations. Fortunately, this has been the case mostly for one‑off reasons, and tax revenues are picking up notably,” he said. During this period of fiscal adjustment, he said, domestic demand would be compressed, adding growth rate forecast was 3.3% for 2019 and is only 2.4% for 2020.

However, Milesi-Ferretti said that there were “good signs” for the future, specifically pointing to increased demand for the Pakistani rupee by foreign investors due to an exchange rate that more accurately reflects actual economic conditions. “Challenges remain, of course. It is a set of macroeconomic imbalances that needs to be addressed.

There are uncertainties,” he said, citing the ongoing tensions with New Delhi over India-held Kashmir and oil prices. “Pakistan is a large oil importer and, hence, very sensitive to what happens to oil prices,” he said, adding neither India and Pakistan were immune to global geopolitical tensions and to trade tensions “that can take a toll on their manufacturing activity and demand for their exports.”