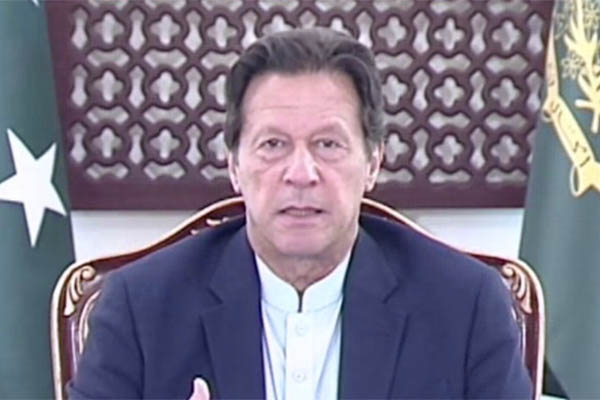 The Government of Pakistan on Monday banned all political rallies nationwide in a bid to curb the spread of the novel coronavirus and also announced new restrictions on the number of people allowed at weddings.

In a nationally televised address following a meeting the National Coordination Committee (NCC) on COVID-19, Prime Minister Imran Khan said that the government had been reviewing the recent surge in daily coronavirus infections, which he said had quadrupled in the past two weeks. “The second wave is already underway in the entire world, especially Europe and America where cases are rising rapidly and even more than before,” he said.

“In America, coronavirus cases have risen beyond the first peak and we see the same in England. They have started lockdowns again,” he said. “God was especially kind to us. We are a very lucky nation—just look at our neighbors Iran and India—and were saved from much of the havoc the coronavirus wreaked in the rest of the world and in our region,” he said.

“We are thankful to God that our country was saved from excessive coronavirus deaths, and our economy was also protected from destruction when compared to what’s happening in other nations,” he said. “However, our services sector sustained a lot of damage—tourism, marriage halls, and restaurants—this sector employs a large number of people and was hit significantly when we shut down our economy. Despite that, Pakistan performed better during the first wave than other nations,” he stressed.

Urging the public to wear face masks whenever they left the house, he said if everyone adopted this standard operating procedure then the spread could be reduce sufficiently to prevent the country’s hospitals from becoming overburdened. “We cannot stop it from spreading; but we can slow it down enough that it’s within our ability to address,” he said.

Claiming that Pakistan was the only country not to shut mosques, he said that was possible only because everyone was wearing masks and socially distancing. “That time has come once again,” he said, adding mosques and factories need to adopt all SOPs once more. “We do not want to take any decision that would impact our economy and people’s livelihoods,” he stressed.

“We will not close markets or factories,” he vowed. “But all industries need these SOPs,” he said.

“The government will be watching to see that the SOPs are adhered to. I would also like my volunteer Tiger Force—as well as the public—to take pictures of any SOP violators and submit them to us for action,” he said. “The damage [caused by the pandemic] is to the entire nation, not just one person or the government,” he said.

“We have decided to cancel all political rallies and gatherings,” he said, claiming the incumbent government had cancelled a rally scheduled for Saturday in light of this decision. “This applies to the entire country,” he said, claiming such gatherings resulted in the virus spreading most rapidly.

“The Gilgit-Baltistan chief minister has informed us that the election campaign there has resulted in the coronavirus spreading very rapidly there,” he said.

“For now, we have decided to keep restaurants open,” he said, adding that it would be preferred if dine-in services were outside and not within buildings to curb the spread of the virus.

“For schools, we have decided to see what the situation is for another week. If we see that the virus is spreading due to schools, then we’ll implement longer holidays for winter break, and reduce the summer break, maybe to one month,” he said.

The prime minister concluded his address by saying that this was a testing time for not only the country, but the entire world. “If we work together during winter and adopt SOPs as we did in the summer, then we will be able to save not only lives but also livelihoods.”