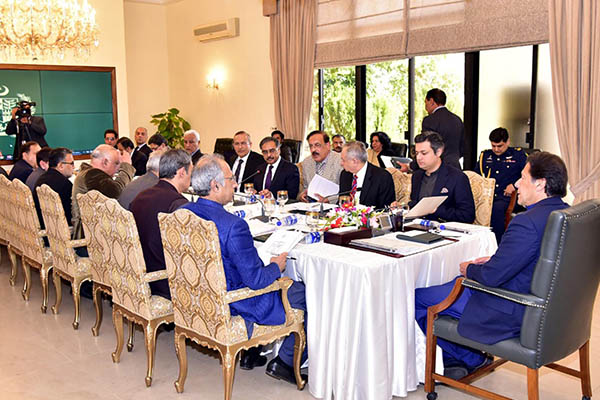 Chairing a meeting on Turkey President Recep Tayyip Erdogan’s upcoming visit to Pakistan, during which he is set to address Parliament, Khan noted the close fraternal ties between the two countries. He said the upcoming trip to Islamabad should be used to further promote bilateral ties, as well as cooperation on various sectors.

According to a press release issued by the Prime Minister’s Office, the prime minister said the governments in both countries had been striving to strengthen bilateral relations, especially economic ties in all sectors. He hoped that President Erdogan’s visit later this week would prove to be another milestone in further cementing ties between the two countries in diverse fields.

Khan also directed all relevant government officials to pay special attention to the implementation of any matters that would be agreed upon during Erdogan’s visit. He also directed Economic Affairs Minister Hammad Azhar to ensure progress on any bilateral pacts that are inked during the trip.

The prime minister said monthly meetings should occur to review progress on any agreements between Pakistan and Turkey.

Turkish President Erdogan is set to reach Pakistan on Feb. 13. A day later, he is scheduled to address a joint sitting of Parliament. According to National Assembly Speaker Asad Qaiser, the Turkish leader would also conduct meetings with parliamentarians during his visit.