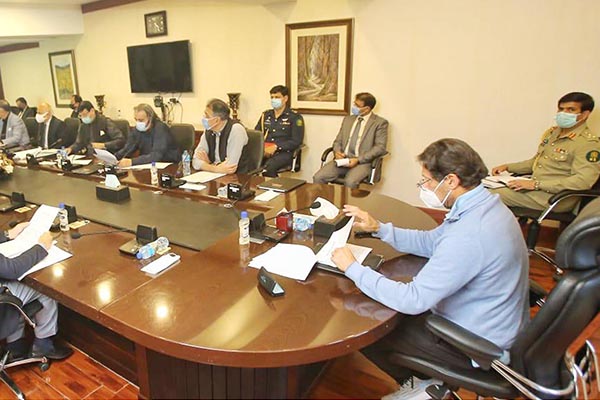 Prime Minister Imran Khan on Tuesday approved an “historic” development package for Gilgit-Baltistan, aimed at resolving the issues of the federal territory and ensuring employment for its youth.

According to a statement issued by the Prime Minister’s Office, Khan signed off on the Gilgit-Baltistan Integrated Development Plan during a high-level meeting convened to review it. The statement noted that the prime minister had stressed that development of Gilgit-Baltistan was among the top priorities of the incumbent government, adding that it had “huge potential” for tourism that had not been fully exploited. “There is a need to pay special attention to promoting tourism and protecting the environment,” he added.

The prime minister is expected to formally unveil the development package during a planned visit to Gilgit-Baltistan in the next few days.

Attended by Planning Minister Asad Umar, Finance Minister Hammad Azhar, Gilgit-Baltistan Chief Minister Khalid Khurshid, and several other senior ministers and officials, the meeting emphasized that the region’s development was linked to ensuring greater employment opportunities for its youth. According to participants of the meeting, the package focuses on infrastructure development, road and electricity projects, environmental protection and tourism.

In a separate meeting, according to local media, Khan ordered the forensic audit of state-run organizations and companies, especially ones that were operating in loss. Pakistan Railways, Pakistan International Airlines, Sui Northern Gas Pipelines Limited and Peshawar Electric Supply Company are among the companies set to be examined.