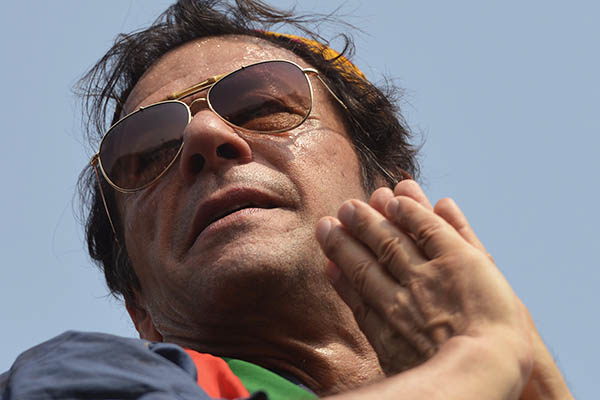 Left-armer Amir is tipped to be selected for next month’s limited-overs tour of New Zealand, almost six years after he and two others were banned and sentenced to six months in jail for arranging deliberate no-balls during a Test against England in exchange for money. Khan, who led Pakistan to its only World Cup victory and is revered among the country’s cricketing fraternity, said Amir had pled guilty before a court and deserved another chance.

“A 19-year-old boy commits a mistake and then did not lie in the court, confesses his guilt and completes his punishment, he should play again,” Khan said in an interview on the ARY channel. Amir was actually 18 at the time. “He has apologized to everyone so I appeal to all those who are opposing his return to stop their moves against him,” he added.

Khan, a former Pakistan captain turned opposition party leader, did not miss an opportunity to swing a punch at Pakistan’s leaders in the interview. “Criminals are running the country, so it is irrational that someone who has completed his sentence is opposed on his return,” he said.

Before Amir’s ban, Khan had described him as “the hottest property in international cricket,” while another legendary paceman, Wasim Akram, said Amir was better than him at age 18.

The Pakistan Cricket Board meanwhile has asked former captain Shoaib Malik to take Amir under his wing in the forthcoming Pakistan Super League (PSL), a Twenty20 league where both will play for the Karachi Kings. The league is set to feature international stars like Chris Gayle and Kevin Pietersen and will be held in the U.A.E. in February.

imran khan is best chose for the pakistan