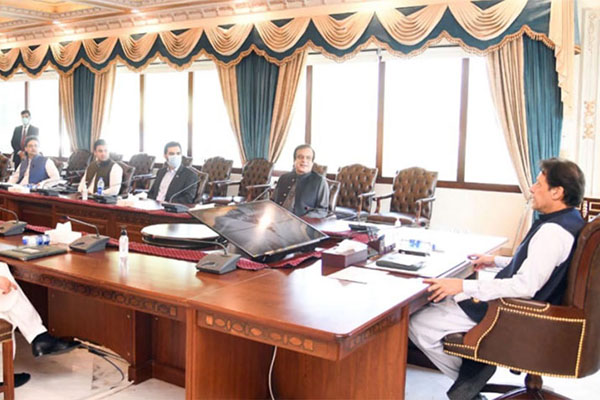 Prime Minister Imran Khan on Friday directed all relevant ministries and departments to prepare a comprehensive roadmap for the revival of Pakistan’s film industry, claiming it was essential to promoting the country’s “unique” identity and cultural heritage.

Chairing a meeting in Islamabad to discuss the role of the cinema industry in shaping the country’s national identity and culture, he stressed that films should promote societal values while imparting quality entertainment inexpensively.

According to daily Dawn, Special Assistant to the P.M. on Information Asim Saleem Bajwa presented a working paper on reviving the film and cinema industry, which was approved by the prime minister. “Revival of Pakistan’s film Industry: P.M. chaired meeting and approved, in principle, measures to revive film Industry, promote our cultural/societal values, improve production quality and take entertainment to masses,” he posted on Twitter after the meeting. “Directed concerned ministries to prep implementation plan,” he added.

According to Radio Pakistan, Khan said “obscenity” should be avoided and quality productions promoted. The prime minister also stressed increasing number of films being made annually, and directed officials concerned to establish a fund for monetary support to filmmakers and artists.

The meeting was informed that currently there are 70 cinemas and 150 multiplex screens nationwide, prompting the premier to note that the common man could not afford to watch movies on multiplex screens. He said single screen cinemas should be established across the country to make entertainment affordable for the masses.