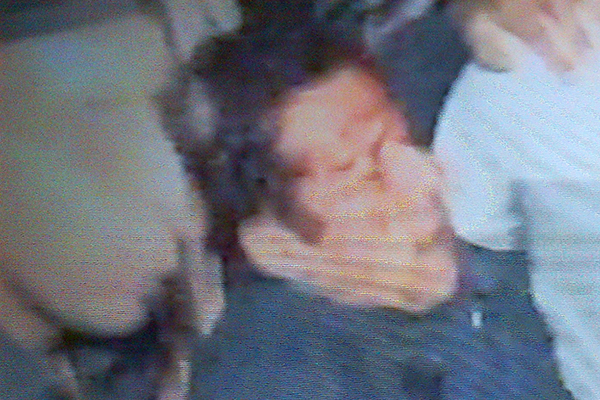 Pakistan Tehreek-e-Insaf chief Imran Khan was rushed semiconscious, his head bleeding, to Shaukat Khanum hospital in Lahore after falling at least 10 feet from a lift hoisting him up to a stage at an election event.

“Imran Khan fell from a lifter. He has received injuries to his head and he has been taken to hospital,” Malik Ishtiaq, a local spokesman for Khan’s party said in tears.

Khan, a very healthy 60-year-old, was carried by aides gripping onto his arms and legs as police cut a path through the crowd at the event. He is reported to have injured his head and back, and party colleagues say he bled profusely. Doctors speaking to cable news channels after reviewing footage of the fall conjectured that Khan’s life did not appear in danger.

Khan has been campaigning hectically ahead of Saturday’s polls, leading five to six events in multiple cities every day.

Campaigning has reached the final stretches ahead of Pakistan’s general election on May 11, when the country’s electorate of 86.2 million will go to the polls to elect a new national assembly and four provincial assemblies.

GOD bless u……… get well soon

GOD bless u for pakistan

oh…Imran..! he is a fighter

The falling of Imran Khan is the
greatest tragedy of my history of Pakistan and
that I know him since 1986. May I see him on
stage very soon once again.