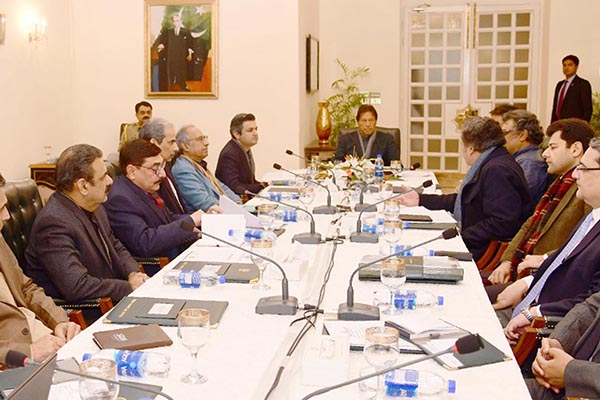 Prime Minister Imran Khan on Tuesday ordered the expedited completion of all development projects initiated under the China-Pakistan Economic Corridor (CPEC), as he lauded the time-tested friendship between the neighboring nations.

Chairing a high-level meeting to review progress on various CPEC projects in Islamabad, Khan directed the participants to codify the consultation process of future projects on priority. He said China had always supported Pakistan during difficult times and CPEC was a manifestation of the multi-dimensional partnership between them.

The prime minister said Pakistan had much to learn from China, adding that Beijing’s experience in improving its social sector, including the eradication of poverty and promotion of agriculture, should be carefully considered.

Directing the early finalization and completion of all ongoing projects, Khan told relevant ministries to fix completion date and emphasized greater inter-ministerial coordination to achieve the desired results speedily. He also directed the stakeholders to provide briefings on projects initiated under the second phase of CPEC, including timeframes for their completion and implementation.

The prime minister ordered the CPEC Authority, in particular, to accelerate implementation pace on different projects under the second phase.

During the meeting, Khan was briefed in detail on the progress of short, medium and long-term CPEC projects. In the first phase, the focus was on projects related to energy, road and rail networks, and the Gawadar Port. The second phase seeks to incorporate industrialization, promotion of agriculture, social and economic progress, and tourism.

The first phase projects, noted the meeting, had mostly been completed, barring Gawadar Port and airport, which were currently in progress. The Orange Line train project in Lahore had been completed—though it has yet to become fully operational—while consultation over feasibility of Quetta railway is underway.

Our Prime minister ordered to speed up the cpec program but is it possible to complete the project in time? As objectives of Federal and provincial governments are not Alike.