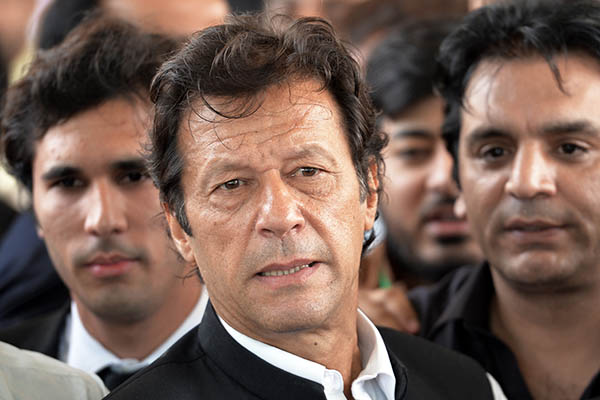 Polio can be eradicated in three months, says Khan.

Imran Khan, chairman of Pakistan Tehreek-e-Insaf, which leads the ruling coalition in Khyber-Pakhtunkhwa province, pledged on Wednesday to personally spearhead the polio vaccination campaign in the province.

At a press conference, Khan said attacks on polio workers must end. “Those who are attacking polio workers are doing injustice to our province, to our country, and to the whole of humanity,” he said. “If we run a full-fledged campaign against polio, in the coming three months we can eradicate polio from the country—and I will personally lead this campaign.” Khan also warned that Pakistanis might not be allowed to travel abroad unless polio is eradicated.

Khan kick-started the campaign by administering polio drops to children at a government-run hospital in Akora Khattak, 50 kilometers east of Peshawar. He appeared alongside Maulana Sami-ul-Haq, the cleric-politician who tutored Mullah Omar and who, last week, issued a fatwa urging parents to immunize their children against polio.

Dr. Imtiaz Khan, focal person for the polio campaign in the province, said that up to 2.3 million children in nine districts would be targeted for immunization. “As many as 52 cases of polio were reported from the tribal areas and 10 from Khyber-Pakhtunkhwa this year,” he said.

According to the Global Polio Eradication Initiative led by the World Health Organization, Pakistan has recorded 74 cases of polio this year—up from 58 in 2012. Last month, WHO linked an outbreak of polio in Syria that has paralyzed 13 children to a strain of the virus from Pakistan. Earlier this month, New Delhi announced it would require citizens from Pakistan and other polio-affected nations traveling to India to undergo vaccination at least six weeks prior to their arrival in India.