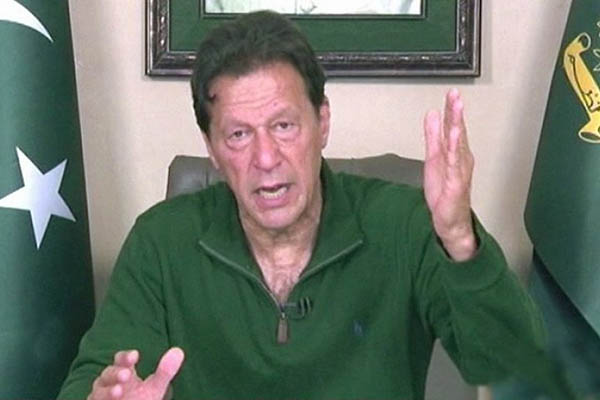 Prime Minister Imran Khan on Sunday reiterated his call of debt relief for developing nations to help them overcome the economic and societal impact of the novel coronavirus.

“As the global response to the crisis unfolds, we see two different responses,” Khan said, adding that developed countries had chosen to focus on containing the virus through lockdowns before dealing with its economic impact. “In the developing world, apart from containing the virus and dealing with the economic crisis, our biggest worry now is to save people from dying of hunger. The dilemma on the one side is to save people from COVID-19 and on the other to save them from dying of hunger due to prolonged lockdowns,” he continued.

The prime minister also highlighted the differences in resources available to developed countries and the rest of the world, noting that the U.S. had announced a $2.2 trillion relief package, Germany 1 trillion Euros, and Japan $1 trillion. “To give an example of Pakistan with a population of over 220 million people, so far the maximum stimulus we could afford is $8 billion, and this is the issue with most of the developing countries suffering from a very high debt to the GDP ratio,” he said.

“We do not have the money to spend on already overstretched health services, and secondly, to stop people from dying of hunger,” said Khan, as he pointed out that a global recession was all but a certainty due to the unprecedented health and economic challenges posed by the spread of coronavirus. “A global pandemic cannot be contained without strong, coordinated and well-crafted global response,” he said

“Therefore, I appeal to world leaders, to U.N. secretary-general [Antonio Guterres] and to heads of the financial institutions, to launch an initiative that will give debt relief to developing countries to combat the coronavirus,” he said.

Pakistan’s total debt and liabilities, at the end of December 2019, were approximately 94 percent of the country’s GDP—Rs. 41 trillion. Earlier this month, the prime minister set up a Coronavirus Relief Fund to collect charitable donations intended for the government’s fight against COVID-19.

This isn’t the first time Khan has called for debt relief to overcome the coronavirus pandemic. Last month, in an interview with the Associated Press, he had urged the world’s richer countries to write off debts of poorer countries to help them cope with the poverty and hunger that would result from the movement restrictions necessary to curb the spread of the virus.