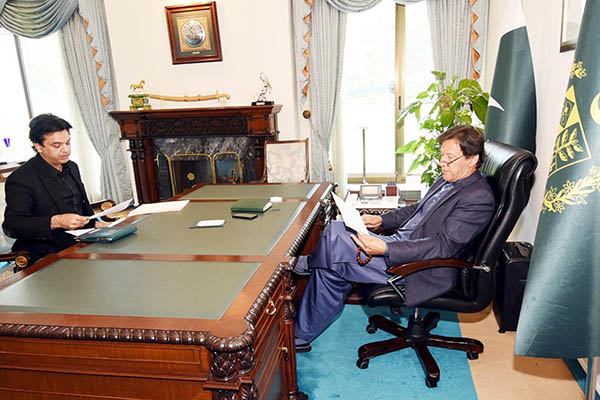 Adviser to P.M. on Youth Affairs says majority who have registered for volunteer group are students and social workers

During a meeting between Khan and Adviser to the P.M. on Youth Affairs Usman Dar, the two leaders discussed the operational requirements of the force. The prime minister expressed satisfaction over the progress in deploying the force to the frontlines to provide relief to impoverished, who have borne the brunt of the economic impact of the lockdowns caused by the novel coronavirus.

According to a press release issued by the Prime Minister’s Office, the P.M. also directed Dar to make the total number of registrations available publicly via the government’s official COVID-19 portal. The overall tally, including provincial breakdown, is available here: http://crt.covid.gov.pk.

Dar, during the meeting, informed Khan that the majority of the people who had registered for the Corona Relief Tiger Force thus far were students and social workers. In addition, he added, doctors, political workers, engineers, teachers, lawyers, journalists, retired armed forces officers and people from the corporate sector had also sought to aid in the relief efforts.

Appreciating the numbers, the prime minister lauded the passion shown by the youth, adding that he had hoped they would showcase their national spirit in this manner to help the country come out of the difficult situation it is currently facing. The Corona Relief Tiger Force would soon be activated at the provincial and district levels, said Khan, as he directed Dar to keep him updated on the statistics of the force.

Prime Minister Khan officially announced the Corona Relief Tiger Force on April 1, at which point registrations for the volunteer organization commenced via the Government of Pakistan’s Citizens Portal app. Registrations are set to continue until April 10.

According to the prime minister, the Corona Relief Tiger Force would work with the civil administration and Army to contain the spread of coronavirus by distributing food to any impoverished placed under lockdown, and raising awareness about the coronavirus and its preventative measures.