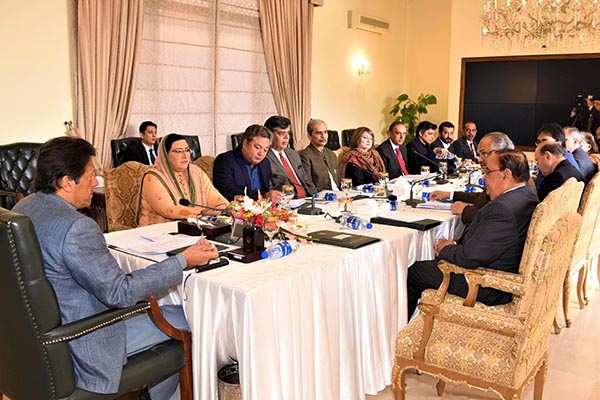 Plans for sector include launch of 5G services, incentives for freelancers

Prime Minister Imran Khan on Friday ordered authorities to formulate within a week a comprehensive roadmap for the development of Pakistan’s information technology sector.

Chairing a meeting on promoting the I.T. sector, Khan said Pakistan’s future was linked to its progress in the I.T. sector, adding the government was prioritizing its promotion by providing incentives to skilled youth. The country’s youth have immense talent and expertise in I.T., and promoting this sector would create millions of jobs for them, he added.

The proposed roadmap would focus on the impending launch of 5G spectrum for mobile phone providers. It would also formulate a plan to connect mobile phone towers through fiber optics in big cities, and would define timelines of various matters of importance to remove impediments in promoting the I.T. sector.

During the meeting, Information Technology Secretary Shoaib Siddiqi briefed the prime minister about the government’s incentives for skilled professional youth and freelancers, including increasing exports of the I.T. sector and tax incentives, easy loans, facilitation of foreign remittance for freelancers, and visa-related matters. He said a comprehensive plan had been chalked out for the promotion of the I.T. sector, for which relevant departments had been assigned duties.

The meeting was also informed that an e-payment gateway would be established by April, and a representative of the Federal Bureau of Revenue gave a briefing on tax incentives for the I.T. sector.