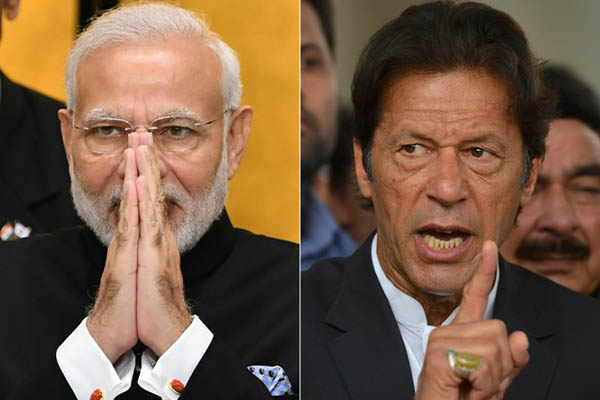 Responding to a letter conveying Delhi’s well-wishes to Islamabad on Pakistan Day, Prime Minister Imran Khan has thanked his Indian counterpart Narendra Modi and stressed that the people of Pakistan also “desire peaceful, cooperative relations with all neighbors, including India.”

Last week, Modi wrote a letter addressed to Khan in which he claimed India wanted “cordial relations with the people of Pakistan,” adding that this required “an environment of trust, devoid of terror and hostility.”

In his response, Khan thanked Modi for his Pakistan Day message. “The people of Pakistan commemorate this day [March 23] by paying tribute to the wisdom and foresight of our founding fathers in envisioning an independent, sovereign state where they could live in freedom and realize their full potential,” he wrote in a letter dated March 29.

“The people of Pakistan also desire peaceful, cooperative relations with all neighbors, including India,” he said, adding Islamabad believes that durable peace and stability is only achievable if all outstanding issues are resolved, “in particular the Jammu and Kashmir dispute.”

In this regard, said the prime minister, “creation of an enabling environment is imperative for a constructive and result-oriented dialogue.”

Echoing Modi’s letter, Khan concluded his missive by conveying Pakistan’s “best wished for the people of India in the fight against the COVID-19 pandemic.”

Two weeks ago, while addressing the Islamabad Security Dialogue, the prime minister had stressed that Pakistan was ready to normalize ties with India, but the first step would need to be taken by Delhi. Prior to this, both countries had witnessed a thaw in their bilateral ties by agreeing to resume a ceasefire along the Line of Control following discussions between their respective directors general of military operations.