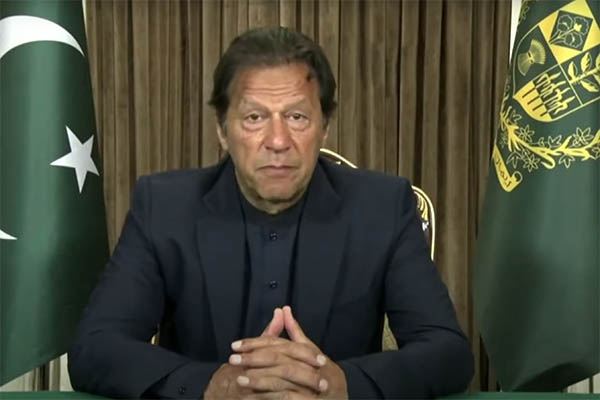 In address to U.N. General Assembly, the prime minister lists 10 items that should be adopted by global community

In his address, Khan reiterated his call for debt suspension for low-income and hard-hit nations until the pandemic has been brought under control. He also reiterated his call for debt cancelled for all “least developed” nations, adding that such states were no longer in a position to repay their loans due to the devastating economic impact of COVID-induced lockdowns.

The prime minister’s agenda also called for restructuring public sector debt of developing countries under a mutually agreed-upon inclusive, multilateral framework, and a general allocation of special drawing rights of $500 billion. He said the global community should expand concessional financing to lower-income countries through multilateral development banks and create a new “liquidity and sustainability facility” to provide short-term loans at lower costs.

In his address, Khan called on rich nations to fulfill 0.7 percent of their official development assistance commitments, as well as mobilizing $1.5 trillion annual investment in sustainable infrastructure. He also urged the international community to help fulfill the mobilization of $100 billion annually to combat climate change in developing countries.

The prime minister reiterated his longstanding call for immediate action to stop the outflow of illicit finances from developing nations to rich countries and offshore tax havens. He also said richer nations should return “looted” money stolen by “corrupt politicians” to their country of origin.

The prime minister’s address was part of a special two-day session of the U.N. General Assembly on COVID-19. Proposed by Azerbaijan President Ilham Aliyev, the session hopes to secure action on helping the world recover from the affects of the pandemic.

During the address, Khan described novel coronavirus as the “most serious global crisis since the Second World War.”

Earlier, U.N. Secretary-General António Guterres said the pandemic had revealed a need to “reset” global responses to crises such as the pandemic. “As we build a strong recovery, we must seize the opportunity for change,” he advised.