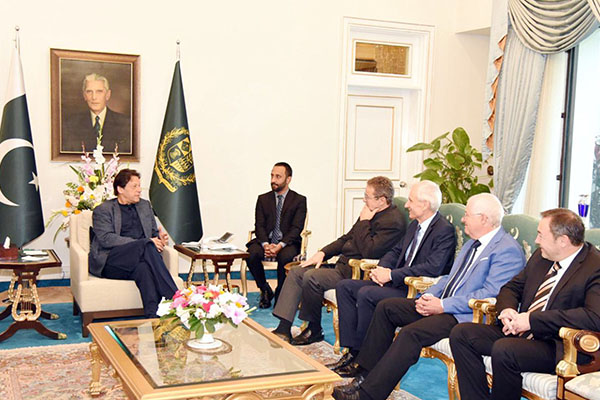 Prime Minister Imran Khan on Wednesday called upon the international community to play its role in ensuring an immediate end to the ongoing siege of India-held Kashmir.

During a meeting with Jean Rene Fournier, president of the Council of States of Swiss Confederation, in Islamabad, the prime minister said the entire world should work to facilitate a just and durable solution to the Kashmir dispute between Pakistan and India.

Highlighting the humanitarian crisis in India-held Kashmir, which has been under a state of lockdown for over three months, Khan said New Delhi’s decision to revoke the autonomy of the disputed region had a negative impact on regional peace and security.

The cricketer-turned-politician also used the meeting, according to Radio Pakistan, to highlight the country’s improving security situation and touted his government’s investment-friendly policies. He invited Swiss businesses to visit Pakistan and invest in the country. He said there should be greater parliamentary interactions between Pakistan and Switzerland to enhance bilateral relations

Separately, at a Kashmir Martyrs’ Seminar in Islamabad, Special Assistant to the Prime Minister on Information and Broadcasting Dr. Firdous Ashiq Awan said the government was effectively highlighting the Kashmir issue at an international level.

She said P.M. Khan had emerged as the spokesman for Kashmiris and would continue to highlight the issue at every international forum.