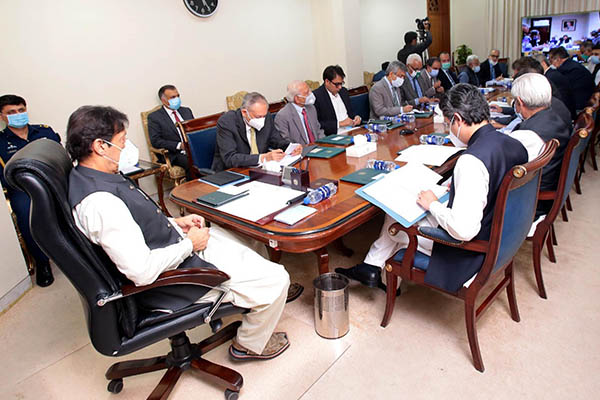 The government will ensure availability of wheat and sugar at affordable rates for the public, Prime Minister Imran Khan said on Tuesday, as he directed all relevant departments to initiate crackdowns against anyone involved in hoarding of essential commodities.

Chairing a meeting to review existing wheat and sugar stocks; their availability; supply and demand; import plans for future requirements; and prevailing prices of essential commodities, he directed all provincial governments to ensure they had procured sufficient wheat to prevent any market shortage.

According to a press release issued by the Prime Minister’s Office, Khan was briefed on the current stocks of wheat, sugar, and their respective imports. He was also updated on the prices of daily use commodities for the average consumer. He directed authorities to submit a detailed schedule for importing wheat, and ordered provincial chief secretaries to conduct physical feasibility of the current sugar stock in all mills.