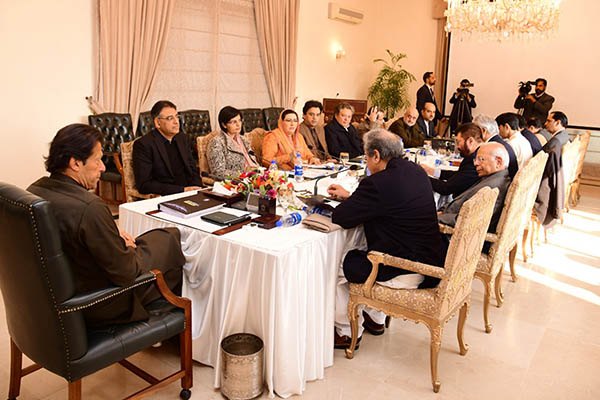 There should be no halt to funding for Pakistan’s higher education sector regardless of the economic difficulties facing the country, Prime Minister Imran Khan told the Finance Ministry on Friday.

Chairing a meeting to review the functioning of the Higher Education Commission (HEC), Khan said all financial powers should be transferred to the HEC executive director to avoid any delay in release of funds. He also urged Education Minister Shafqat Mehmood to formulate a joint strategy in coordination with provincial governments to establish universities across the country, improve the standards of existing institutions, establish a common curriculum, and sort out difficulties facing higher education.

During the meeting, HEC Chairman Tariq Binori gave a briefing on the reforms introduced by the commission to modernize higher education, as well as the concerns it still had. He said the commission had devised a comprehensive reforms program to address the administrative issues as well as cope with the requirement of capable human resources.

According to Binori, the HEC’s reforms program aims to help students succeed, improve the standards of faculty and governance in universities, and promote technology and research and financial stability of varsities. He said the 48-point reforms agenda encompassed all the issues facing the higher education sector.

The HEC chairman said the body was coordinating with the Ehsaas Program, the Kamyab Jawan Program, the health ministry, the National Highways Authority, the Public Private Partnership Authority, the energy sector, national security and other institutions to ensure youths’ skills could be utilized productively. The Kamyab Shagird Program, he said, was striving to ensure a high standard for students seeking admission to universities, adding it was also focusing on capacity building of faculty. Per Binori, the HEC had already formulated a national testing system for recruitment across the country in line with the directives of the federal cabinet.

Commenting on the need for curriculum reforms, the HEC chairman said it should be done in a manner that enhanced students’ capabilities in their relevant subjects, in addition to helping advance their practical skills. The prime minister said the new curriculum should teach students about Islam, eastern values, local culture and the philosophy of the great saints. He said the onslaught of technology and western and other cultures posed threats to Pakistan’s indigenous culture and traditions. He also blamed outside forces for breeding extremism by estranging the youth from the teachings of Islam.

Imran Khan constituted a committee under the education minister to address the issues of resources, financial rules and regulations of the universities. The committee would present a report to the prime minister recommending steps to achieve autonomy among institutions and improve their administration.

The minister noted that easy access to higher education, improving the quality of faculty and graduates, and uplifting research standards in accordance with modern demands were the major challenges facing the HEC.