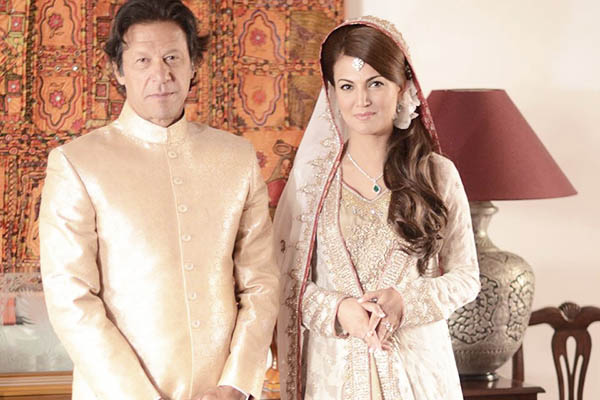 Social media alternates between congratulating and condemning the pairing.

Cricketer-turned-politician Imran Khan wed a TV anchor in a simple ceremony at his Islamabad home on Thursday, ending years of speculation surrounding the former playboy—widely considered the country’s most eligible man.

Imran Khan, who is 62 and the father of two sons from his previous marriage to British socialite Jemima Khan, tied the knot with Reham Khan, the 41-year-old host of a political talk show in an Islamic ceremony before a handful of witnesses, a spokeswoman said.

“There are no wedding or valima receptions. Tomorrow food will be distributed amongst poor children,” Pakistan Tehreek-e-Insaf spokeswoman Shireen Mazari said.

Khan had first announced his intention to wed shortly after he began a movement to topple the government last August, which he called off last month in the aftermath of a Taliban attack on a school that killed 150 people.

Reham, 41, was previously a BBC weather host and is also a divorced mother of three.

Loved by millions across the cricket-obsessed nation for winning Pakistan its only World Cup in 1992, Khan’s sporting prowess and rugged good looks also brought him international celebrity in a country lacking glamour.

Born in 1952 in Lahore into a comfortable family with origins in the Pashtun northwest, Khan was educated at Aitchison College and then Oxford University.

He became one of the world’s greatest ever all-rounders—a fearsome fast bowler and dangerous batsman—whose finest hour came at the 1992 World Cup, where at the age of 39 he led an inexperienced team to the title.

Off the pitch, he had a string of socialite girlfriends and frequented exclusive nightclubs in London until he married Jemima Goldsmith, the daughter of the French-British tycoon James, in 1995. She converted to Islam and the couple moved in with his family in Lahore.

They had two sons but divorced in 2004, allegedly over the difficulties Jemima faced in Pakistan, where she was hounded for her family’s Jewish ancestry and his obsession with politics.

Khan’s followers, who are mainly derived from the country’s educated, urban middle class, took to Twitter to congratulate their leader with the #BestOfLuckIK trending.

Not everyone was happy, however, with some users questioning Reham Khan’s fitness for Imran given her status as a divorcee. Others sent messages of support to Jemima, who tweeted back: “Thank you so much to all those Pakistanis who have sent me such lovely messages over the past few days. I am really touched …” adding she would “always feel like an honorary Pakistani, no matter what.”