Home Latest News In Balochistan, a Gun-and-Rocket Attack on Train

In Balochistan, a Gun-and-Rocket Attack on Train 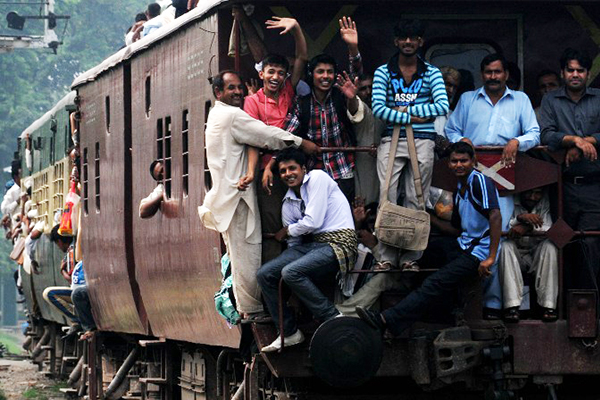 Unidentified militants killed two people and wounded 24 on Friday in a gun-and-rocket attack on a passenger train in southwest Pakistan, officials said.

Women and children were among the casualties in the attack, which came in Dozan area, some 35 kilometers southeast of Quetta, capital of Balochistan, which is beset by separatist, Islamist and sectarian violence.

“We have taken two dead bodies and 24 injured to the hospital, the condition of most of the injured was critical because of excessive bleeding,” Zubair Kurd, a local government official in the area said, warning that the death toll may increase.

Kurd said the attackers were hiding in the mountains and first started firing and then fired at least three rockets at the train, which was traveling from Quetta to Rawalpindi. “They managed to escape. We have launched a search operation,” Kurd added.

Baloch rebels have been fighting since 2004 for political autonomy and a greater share of profits from the region’s natural oil and gas and mineral resources. Balochistan is also a flashpoint for surging sectarian violence between Pakistan’s majority Sunni Muslims and the Shia, who account for around a fifth of the country’s 180 million people.