In Hangu, a Boy Falls, a Hero Rises 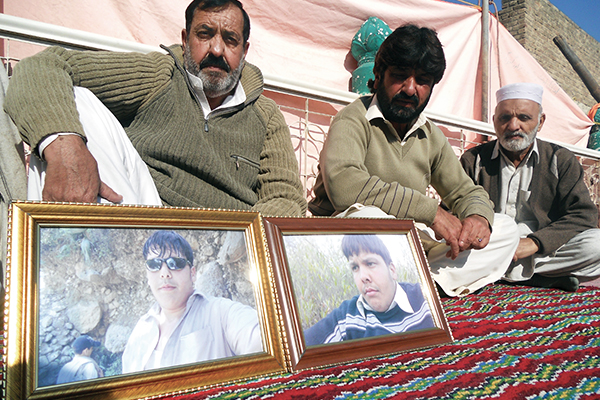 On the morning of Jan. 6 in Hangu’s Ibrahimzai town, 15-year-old Aitzaz Hasan Bangash sacrificed himself by intercepting a suicide bomber headed toward his school. Had it not been for Aitzaz’s bravery, scores of his schoolmates at Government High School Ibrahimzai would have been dead. The school has since been renamed the Aitzaz Hasan Shaheed High School. And tributes to Aitzaz have poured in from across the nation, and around the world. “Martyr Aitzaz’s brave act saved the lives of hundreds of students,” said Prime Minister Nawaz Sharif. “The nation is proud of this young hero who sacrificed his today for our better tomorrow,” said Army chief Gen. Raheel Sharif. “I belong to a country where many brave and courageous people like martyr Aitzaz are born,” said anti-Taliban icon Malala Yousafzai, “I feel proud of his courageous act.” Mujahid Ali, Aitzaz’s father, said: “I am happy that his martyrdom saved the lives of hundreds. I am a proud father.” No Pakistani child should have to face the choice that Aitzaz did. But given that the state remains shamelessly supine in the face of the Taliban threat, others may well have to.

certainly, he is a hero